A birthday card is usually seen as an after-thought or something like an appetizer before the main dish. That will no longer be the case after you start handing out these special, homemade greeting cards that fly, bloom, pop up, and trickle down — your family and friends will love these unique expressions of your love and will want you to show them just how you did it so they can start making their own cards too!

Glue a popsicle stick on paper wings. Glue the hook of a bent wire to the lower end with a hot glue gun. Similarly, place a self-formed eyelet at the upper end. 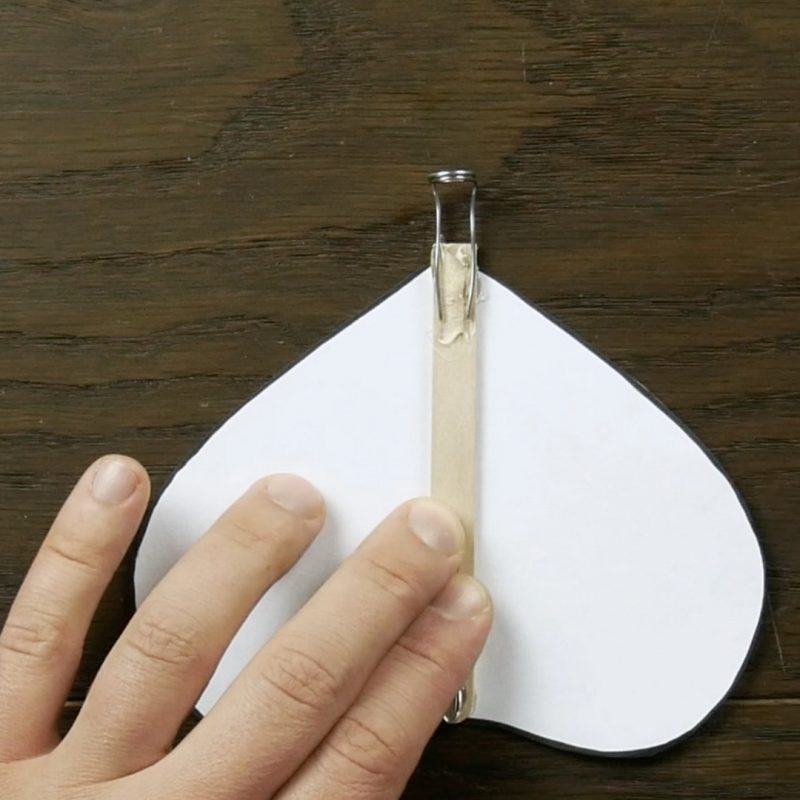 Bend another piece of wire so that the middle part can be stuck into the eyelet. Add paper wings on the left and right sides of the wire. Stick a rubber band on the lower wire hook, pull it up through the eyelet, connect it to the wire wings, and twist it like a screw when you are ready to use it. 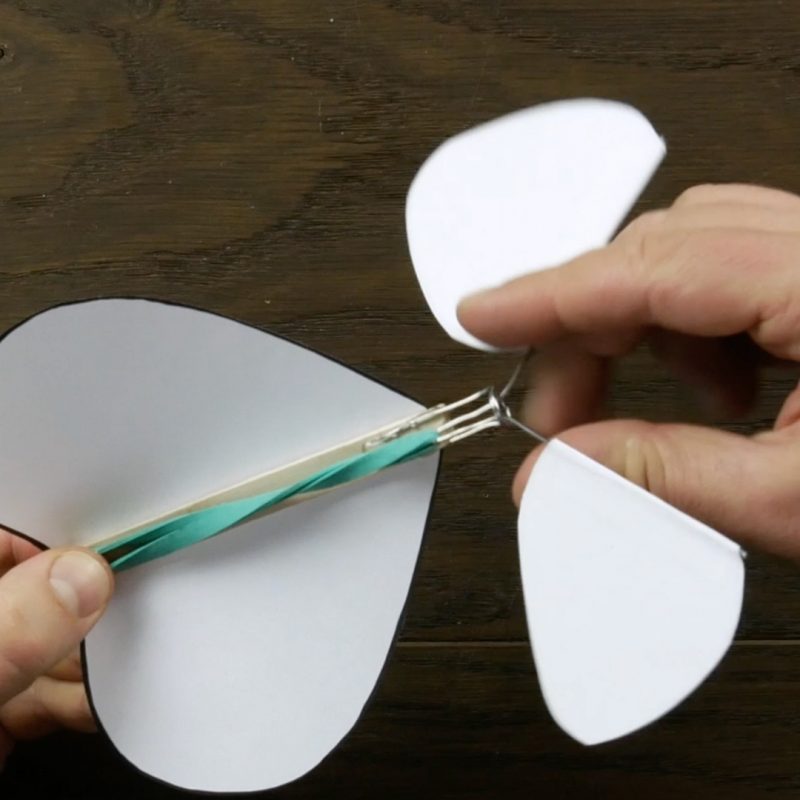 Put the loaded "butterfly" into the birthday card and hold the card firmly until you give it to the recipient. Once the card is opened, the butterfly will flutter out. 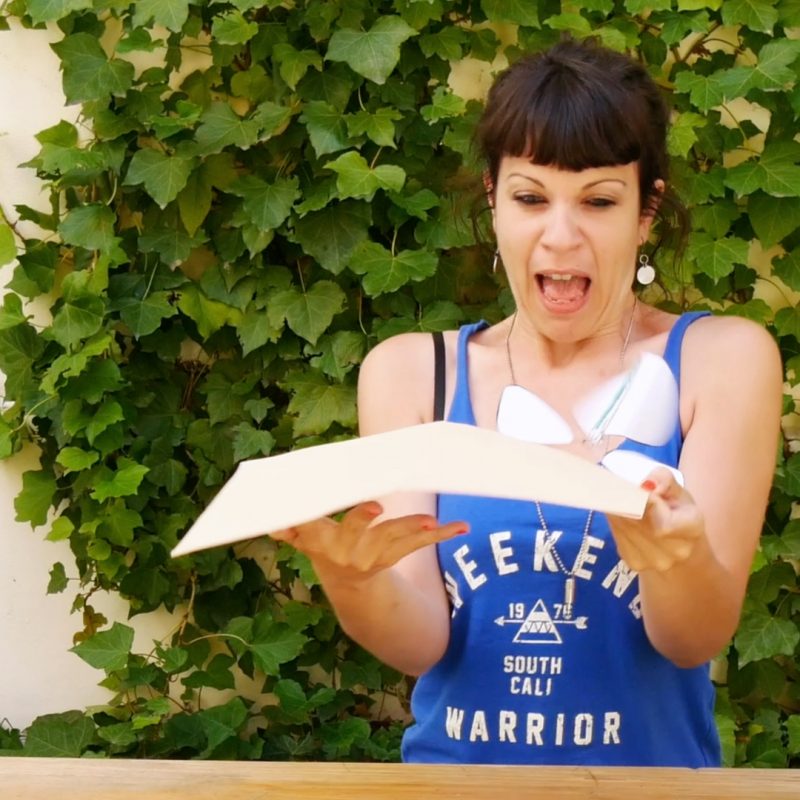 Using a craft knife, etch out out a heart with horizontal and vertical lines on red craft paper. Cut the vertical lines. The horizontal lines should be folded so that the heart pops up when the card is opened. 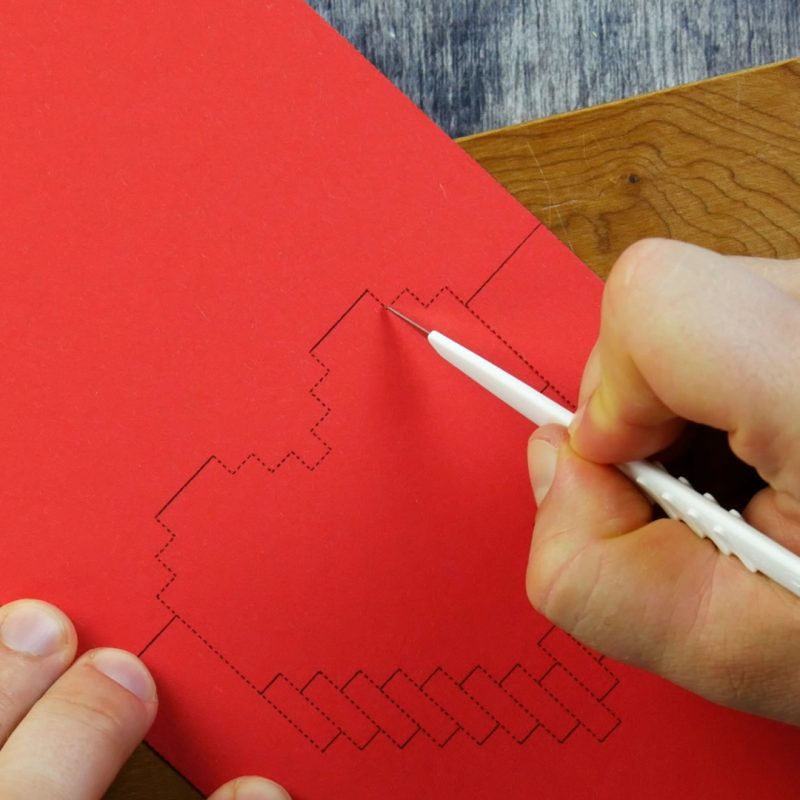 Paste the red paper with the heart into a card made of solid white paper. When the card is opened, the heart in the middle will rise up. 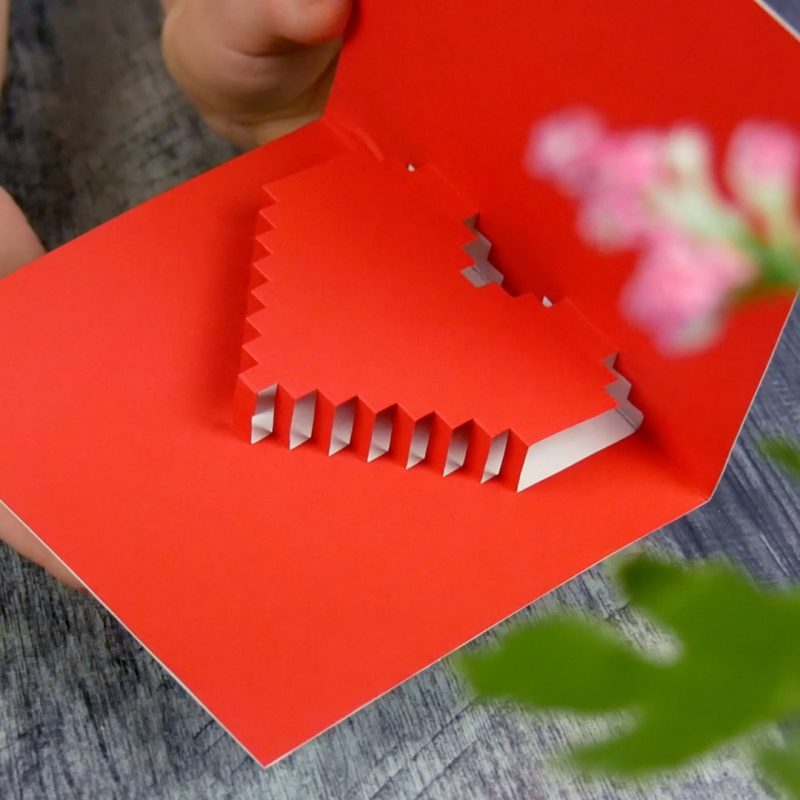 Fold a square sheet of paper four times in the middle. Cut a flower out of it so that you can create a colorful design. Cut one of the sections out of the flower, as seen in the instructional video. Close the resulting gap by sticking the flap next to it under the other. Repeat the process six times. 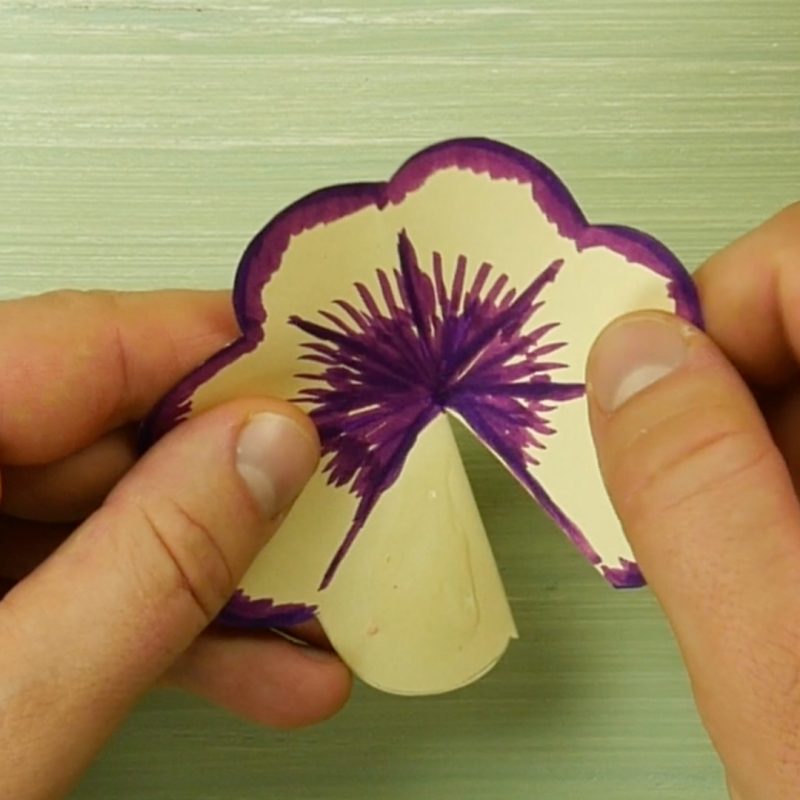 Glue the individual flowers together to a create a bouquet and glue it into the card so that the bouquet will pop up once the card is opened. 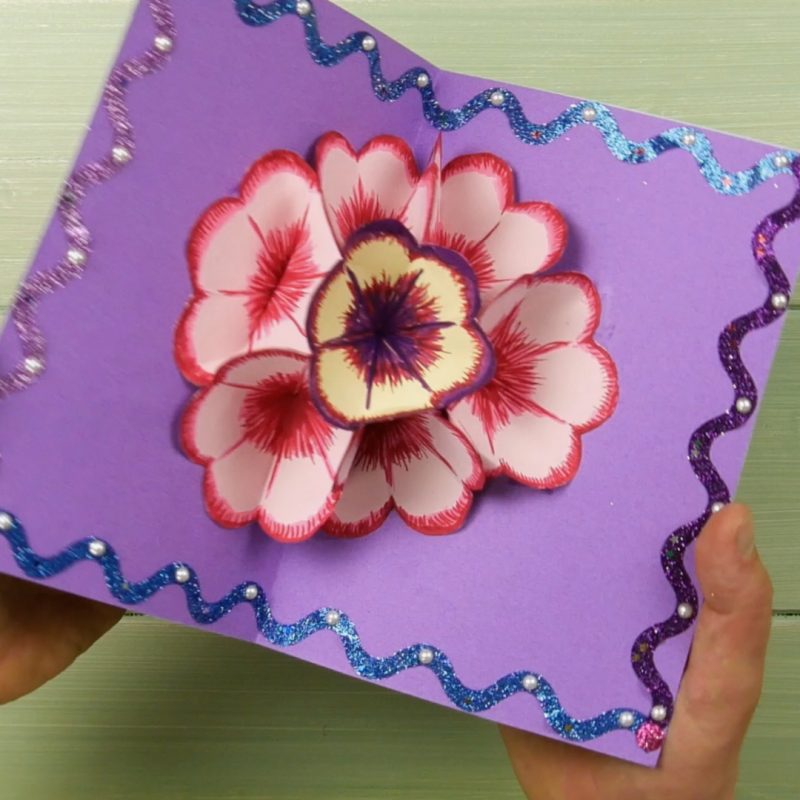 Trace and cut the frame of an hourglass on two sheets of linoleum and one sheet of solid white paper. Cut the center out of the two linoleum hourglasses, and then glue them on top of the solid white hourglass. 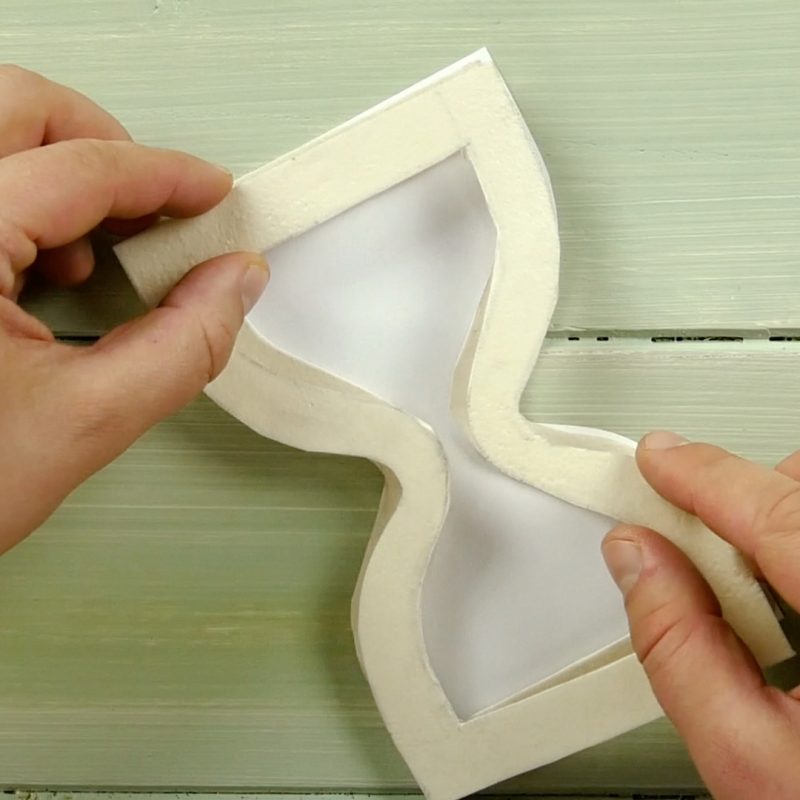 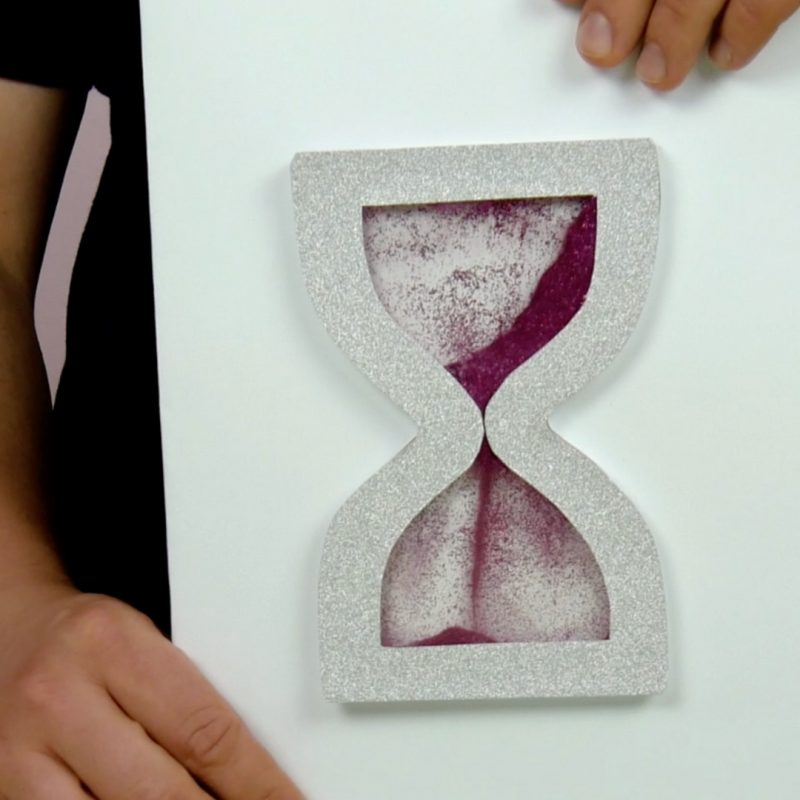 Every birthday party will be off to a great start after these special cards make their debut. Hip, hip, hooray for the birthday!