5 Fun Math Tricks To Make Your Life So Much Easier

Let's be honest – mathematics isn't exactly Mr. Popularity when it comes to everyone's favorite school subject, and that mentality even extends beyond the classroom. When's the last time you saw an adult whip out a pad and pencil to add up some basic sums or do a little multiplication? It's probably been a few decades, or at least since before electronic calculators became a household staple. But there may be times when you don't have access to a calculator, and there will definitely come a time when your children or younger family members will ask you to help them with their math homework, so if you don't want to get caught with egg on your face, it's time to get back to basics, and there's no better way to do that than with these simple math tricks that will make math fun again! 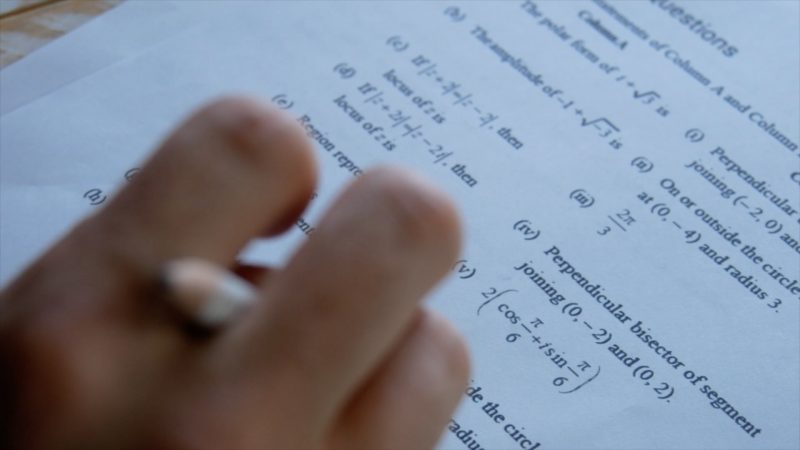 Write the numbers 0-6 individually on separate strips of paper, and the numbers 2 and 4 will appear twice (in the end you should have 9 tiles as such: 0, 1, 2, 2, 3, 4, 4, 5, 6). Now arrange these tiles as shown in the picture below. Do you notice all the striking patterns here? First off, this is this a multiplication table for the number 7 – notice the complete boxes from the top left corner, going from left to right: 7, 14, 21, 28, 35, 42, 49, 56, and 63 – all multiples of the number 7! It is also striking that the tiles are arranged in ascending order horizontally from left to right and from top to bottom, while the written numbers in the grid are arranged numerically from top to bottom and from right to left. Isn't math great?! 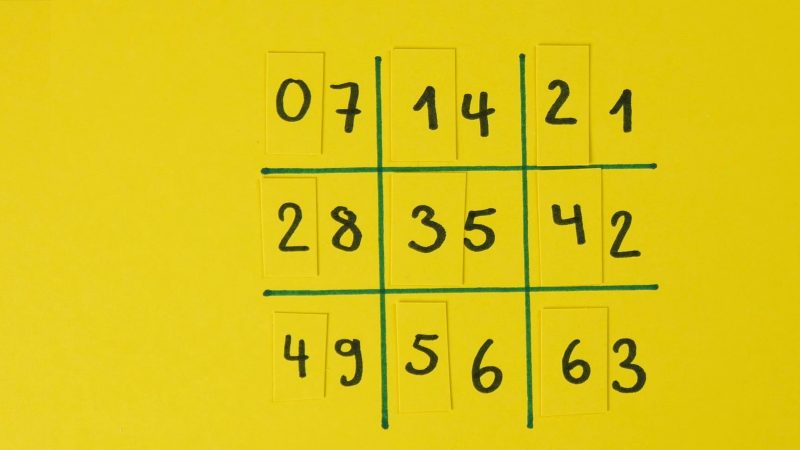 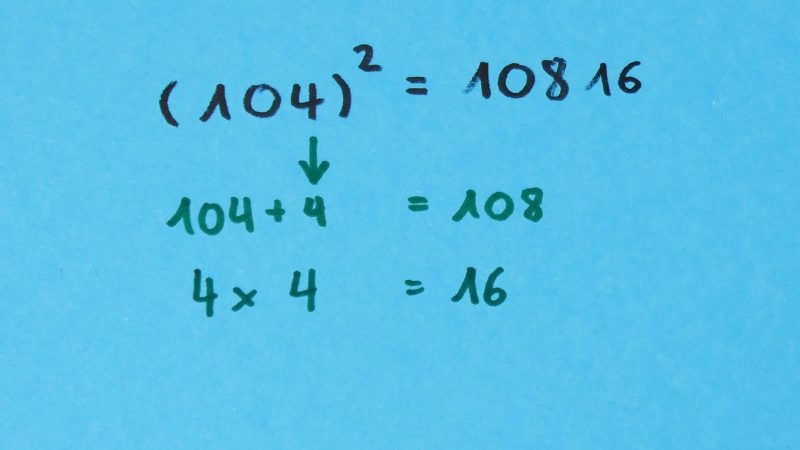 And just one more example to make sure you've got the hang of it: multiply 6 x 9. Count to the 6th finger, which is the pinkie on your right hand, and fold it in. And what do you have? 5 fingers before the folded finger and 4 fingers after the folded finger, giving you 54. What a neat trick! 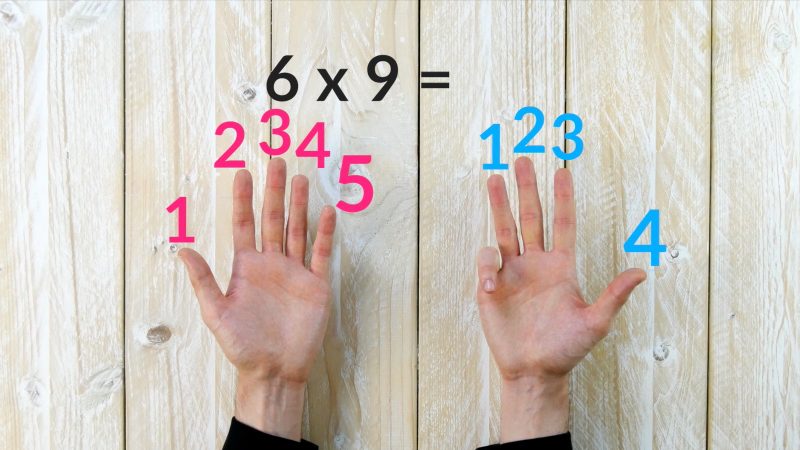 This trick works with any ol' number: draw a table in which each digit of the multiplier (in this case: 314) gets its own column, and each digit of the multiplicand (in this case: 7) gets its own row. The fields are then halved diagonally as shown. Then draw a diagonal line through each box as shown in the picture below, making sure to extend the lines slightly past the bottom of the boxes.

Starting from the left, multiply the first digit of the multiplier by the multiplicand (in this case: 3 x 7). Then write the answer in the first box on the left. The box has been split in two so you can write one digit in each half. For example, the answer is 21, so the 2 goes in the top half of the far-left box and the 1 goes in the bottom half of the far-left box. Repeat this with the rest of the numbers. 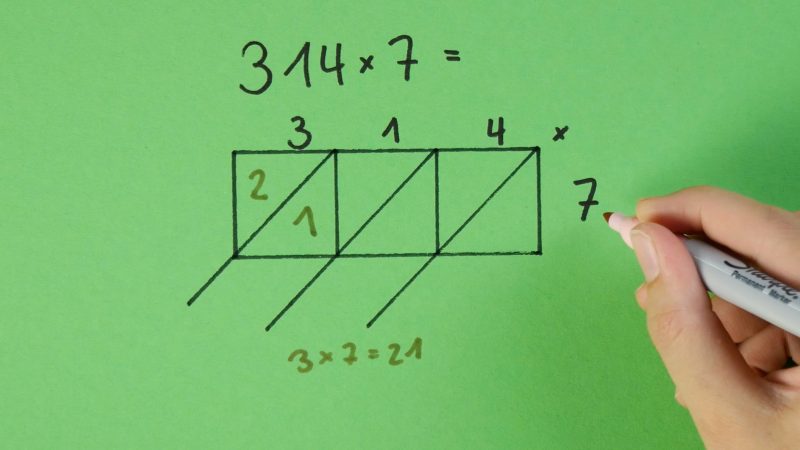 When the table is filled, add the numbers that are diagonal to each other and note these totals below the table. And voilà, you have your answer! 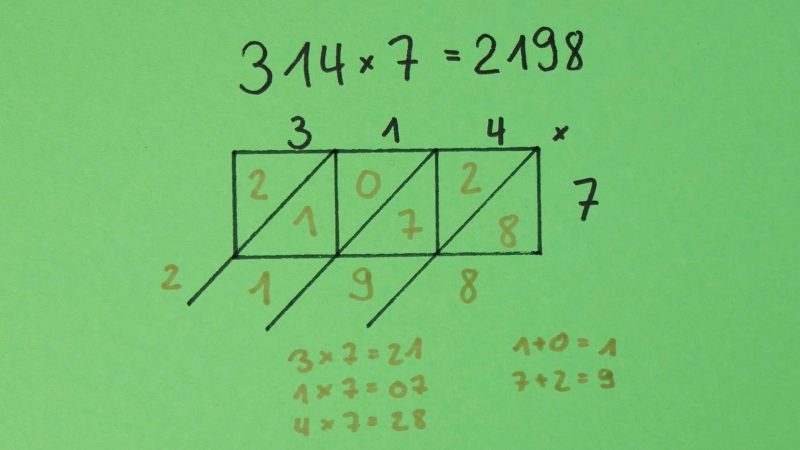 If your multiplicand is a two-digit number, carry on as usual, but when adding the diagonal digits, you need to add the tens digit to the addition result of the diagonal to the left of it. 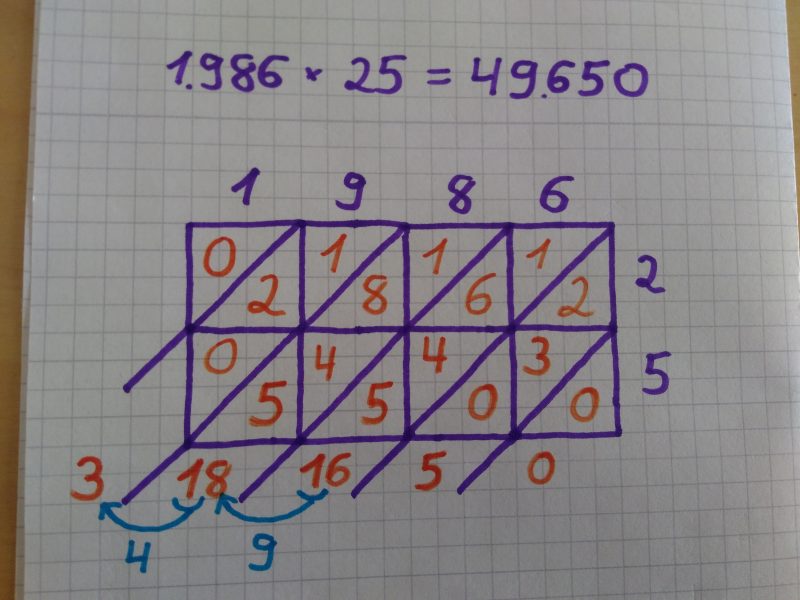 In the end, you'll have a number that is the sum of your last noted number and the last digit of the dividend. You divide this remaining number by 9 and add the result to the last digit. 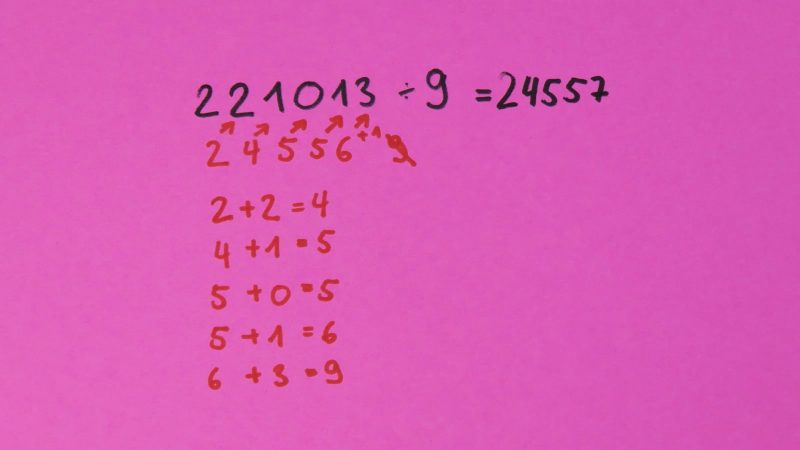 If the numbers you write down below the dividend are double digits, add the tens digit to the number to the left of it. If the last remaining number is not divisible by 9, take the remainder 10 times and divide it by 9 – also repeat this with the resulting remainder. These are then the decimal places of the final result, which are usually infinite. 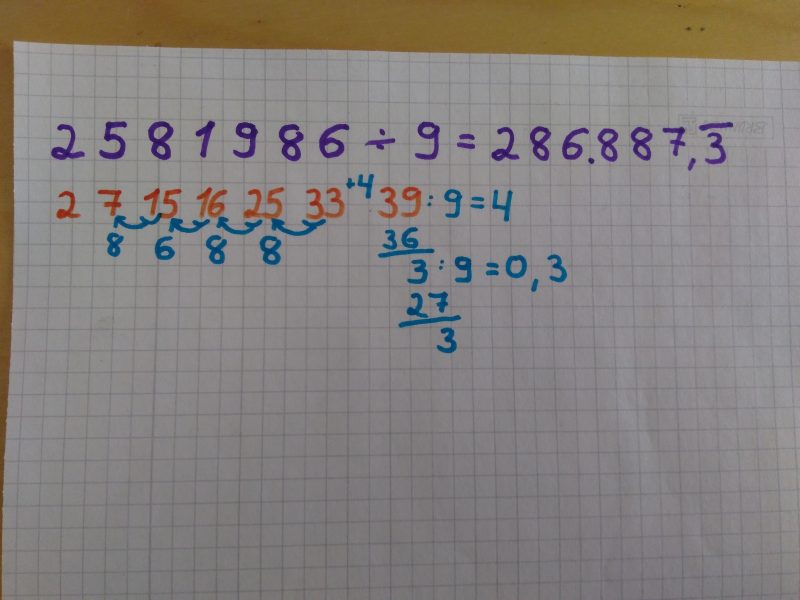 If you're a big math fan, you might already be familiar with some of these tricks and they're more of a fun hobby than a quick hack. Whether this was a refresher or you learned a whole new bunch of tricks, it's always fun to put your brain to use, which is always time well spent. And now you can bust out your newfound skills at the next get-together and impress everyone around you, because who needs an electronic calculator when you've got a human calculator handy?