5 reasons for damp windows and what methods work against them

As soon as temperatures outside take a tumble, it begins: small droplets of moisture start to collect on the windows — first they collect in the bottom corners and then a fully-fledged veil of mist gradually covers the entire pane. Fogged-up windows like this are not just annoying because they spoil your view of the neighborhood — sooner or later, the dampness can attack frames and insulation, and in the worst cases, it can even lead to harmful mold growth. That's reason enough to put a stop to it! 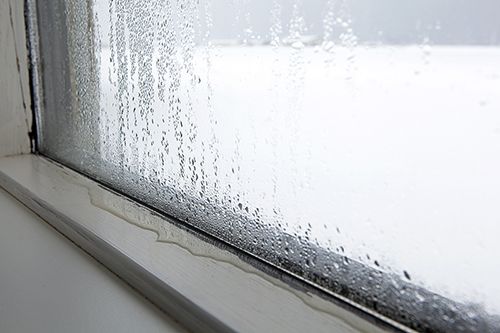 So your efforts are successful, it helps to clarify what causes this bothersome phenomenon. Basically, two conditions are responsible: on the one hand, the surface of the glass must be noticeably colder than the ambient temperature, and on the other, it also needs a correspondingly high humidity. If both these conditions are met, then the humid air condenses: warm air, which can hold more moisture than cold air, suddenly cools against the glass and has to get rid of the excess water. The air begins to "sweat." 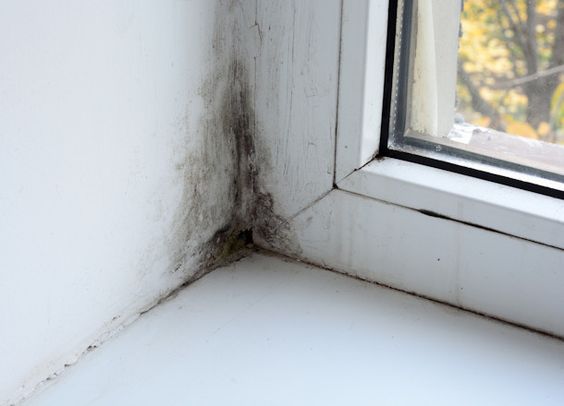 However, the reasons why some windows and apartments are more affected by humidity are varied. Some people are left wondering why, despite regular ventilation, they can't get rid of the moisture from their windows. In other cases, just one particular window seems to be a permanent victim of persistent damp. Here, we look at five typical cases and advise you how to deal with each one.

A wise guy might be tempted to turn off the heating in winter, so that the temperature difference between the cold window panes and the rest of the room is not so big. However, this is precisely the wrong idea: you can lower the so-called "dew point" (at which the water will start to collect on the window), but you won't get rid of the humidity. The cold air in the room simply can't transport any water to the outside during ventilation. So at the end of the day, you freeze and the window fogs up at a mild outside temperature of 54°F.

A small heating tip: because of this, even at night, you shouldn't let your apartment cool down too much , but rather let it air several times. Ultimately, this also saves on heating costs, as it takes a lot of energy to warm up an apartment again, once the brickwork has cooled down. 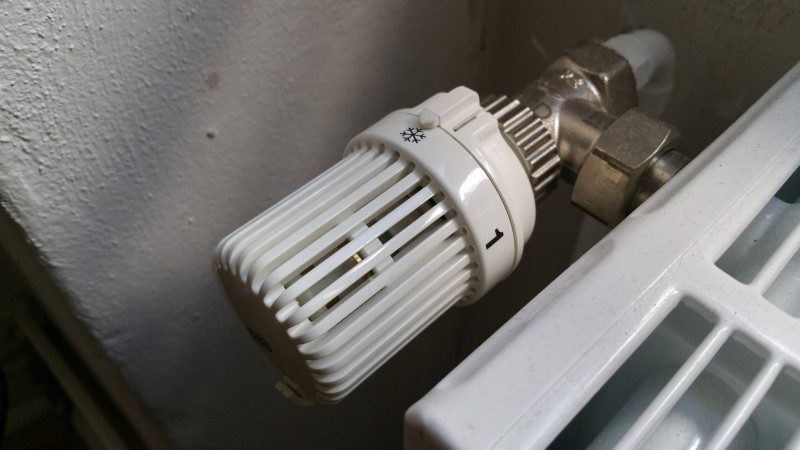 Apart from incorrect heating, poor ventilation is the most common root cause of fog patches on your window panes. It can't be repeated often enough: tilted windows have nothing to do with ventilation! The purpose of ventilation is to replace the air in the room. However, if the window is only open a little way, the humid air currently in the room can easily cool down, without leaving the room. On the other hand, you shouldn't overdo do it with the ventilation: throw open the window more often and for shorter periods of time, rather than for a whole 30 minutes. Lengthy airing cools down the apartment and the air in the room needs longer before it can absorb enough moisture again. 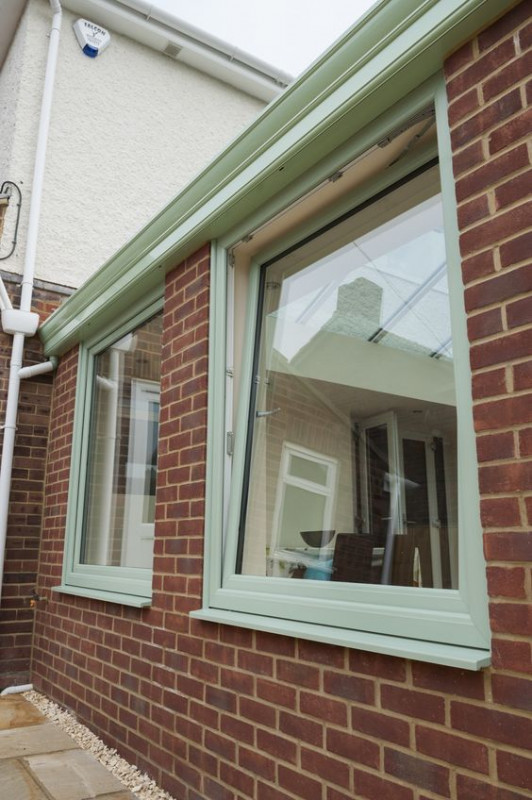 Indoor plants, curtains and roller blinds can look very decorative by your windows, but they prevent the air from moving enough — the technical term is "circulation." This means the humidity builds up in exactly the place where it can most easily do damage, and there are obstacles in the way that make ventilation less effective. Anyone able to manage without privacy screens or decorative objects by their affected windows should definitely do so. 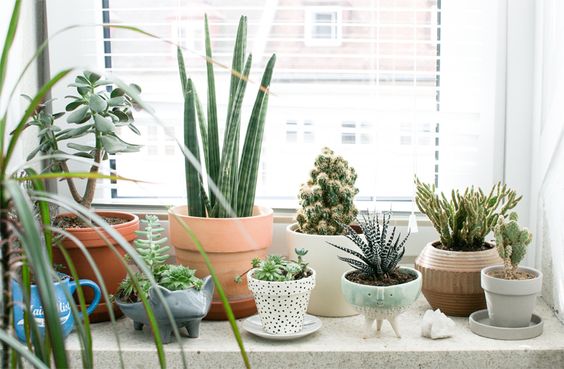 Residents of apartments that have double windows (commonly found in Germany, for example) are affected by the problem of insufficient air circulation in a specific way — after all, the humidity between the panes is virtually locked up between them. The air doesn't really have room to circulate. Furthermore, the glass panes in these windows are often very thin, offering little resistance to the cold outside. As a result, many people have to wipe their windows dry with a hand towel several times a day or enjoy frosty temperatures and flowery ice patterns forming on the window panes. But there is a trick for countering this: fill a sock with kitty litter and place it in the space between the windows, so that the pellets will suck the moisture out of the air. The morning window-washing ritual will soon be a thing of the past! 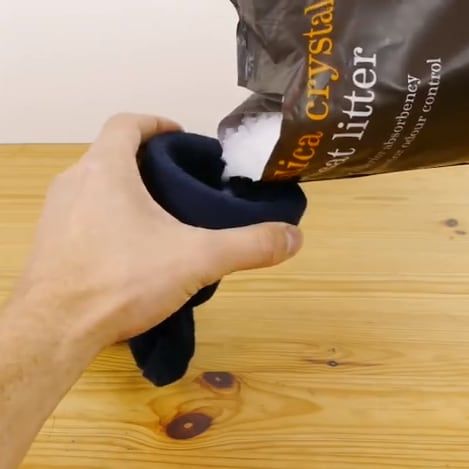 Modern double glazing doesn't just reduce the energy needed for heating, but also reduces the problem of damp windows. But it doesn't solve it completely. If the apartment is sealed up like a submarine, there is no exchange of air between the outside and the inside. You have to pay special attention to finding a suitable heating and ventilation rhythm! While double glazing mostly prevents the inner pane of glass from cooling down, it usually doesn't stop the window frame itself from leaching heat from the room.

Anyone who has a lot of visitors (who all breathe out humid air), or who has to dry their washing in their apartment and therefore struggles to ventilate often enough, might want to consider an electric dehumidifier. They cost between $40 and $300 (plus energy costs). To find the right model for you, it's best to speak to a specialist. 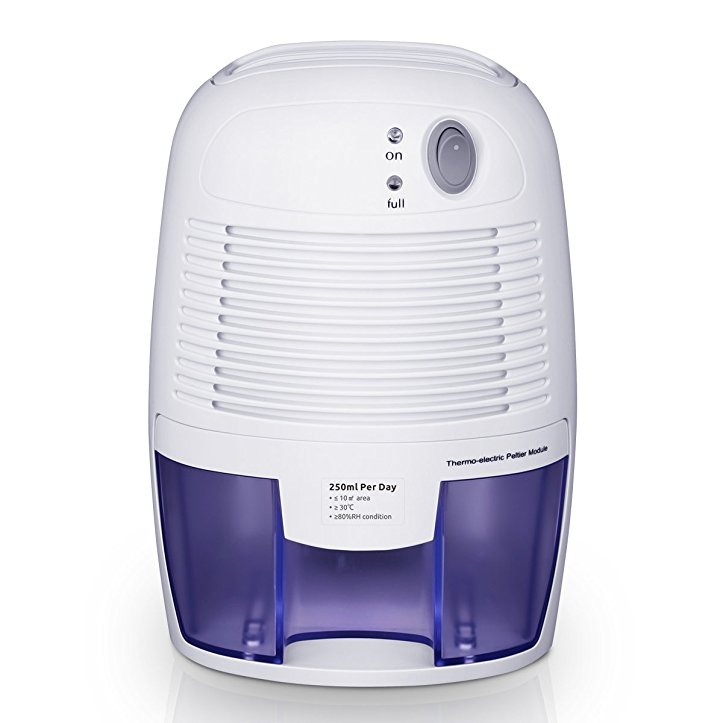 Don't panic! Humidity is something totally normal. If the humidity is too low, that's not good either, because then your mucous membranes dry out, which makes them susceptible to pathogens. However, you shouldn't let it get too high. Experts recommend a level between 40 and 60%. In some cases, it might be worth getting a hygrometer, which measures humidity. If it is permanently high, a surveyor should inspect the brickwork. However, in a large majority of cases, you can overcome the problem with appropriate heating and ventilation — perhaps supported by kitty litter or a dehumidifier — if you need them to keep it under control. In these cold days, if you know someone whose windows are always covered in water droplets, share this advice with them!