Multiplication Can Be So Easy With This Trick From Japan

At school, math was either something you really loved or absolutely hated. It was all Greek to most of us and these days, we're happy just to punch the numbers into a calculator. But thanks to this clever old trick from Japan, you can multiply large numbers together without needing any technical help. Let's have a look at some Japanese multiplication!

1. The Basics, With Two Two-Digit Numbers

For every number, draw the corresponding number of lines on a piece of paper. Begin with the first number in the sum. Draw diagonal lines for the first digit close together, leave a little space and then draw lines for the second digit in parallel. 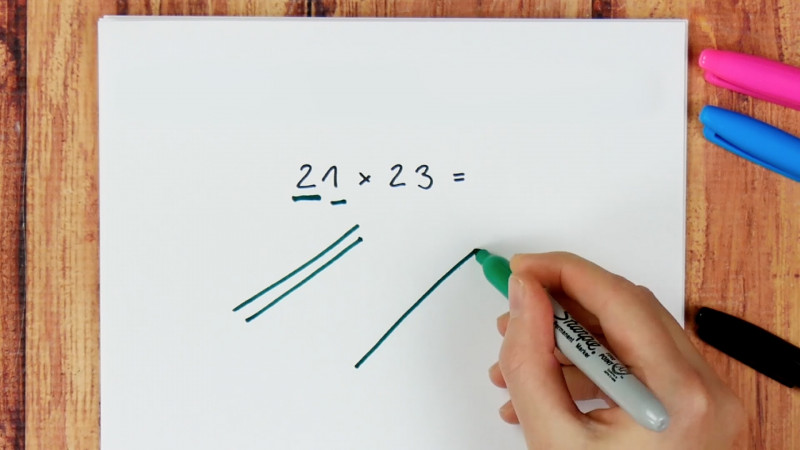 Now draw the lines for the second number, also diagonally, but in the opposite direction. You should be left with a rough diamond shape, with the lines crossing at the corners. 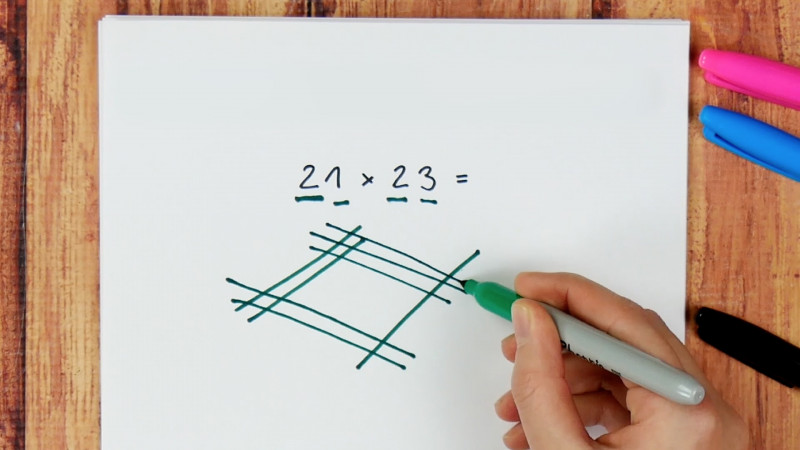 Now count the points where the lines cross and write each number under the diamond. First, add up the points in the left corner, then the ones at the two middle corners and then the meeting points in the right corner. The numbers written down, when read from left to right, give the end result of the multiplication. 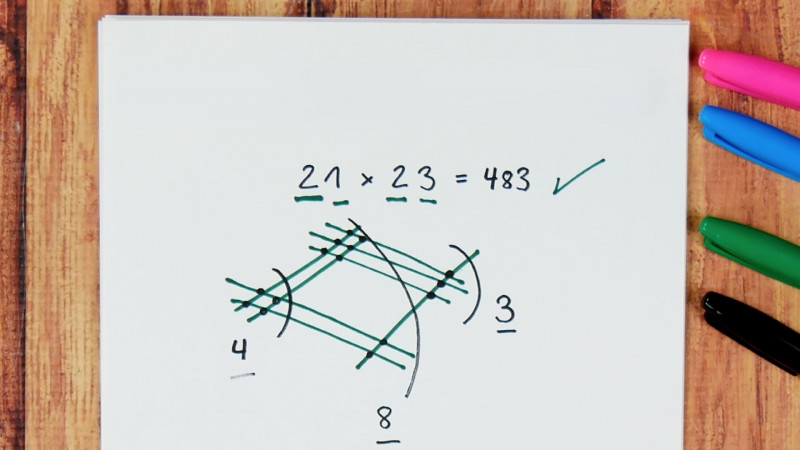 When multiplying two three-digit numbers, of course you get more crossing points. But the principle here is the same as before. First add all the crossing points in the lefthand corner together and then the ones in the two clusters to the right. Then add up the intersections in the three middle clusters. The last two digits of the final result are determined from the two clusters to the right of the middle, and then the final one in the righthand corner.

If any of these totals is a two-digit number, add the first number to the total to the left (here, the 1 from the 14 is crossed out and added to the 8 on its left). Now read the individual numbers from left to right again to reveal the end result for this multiplication with two three-digit numbers. 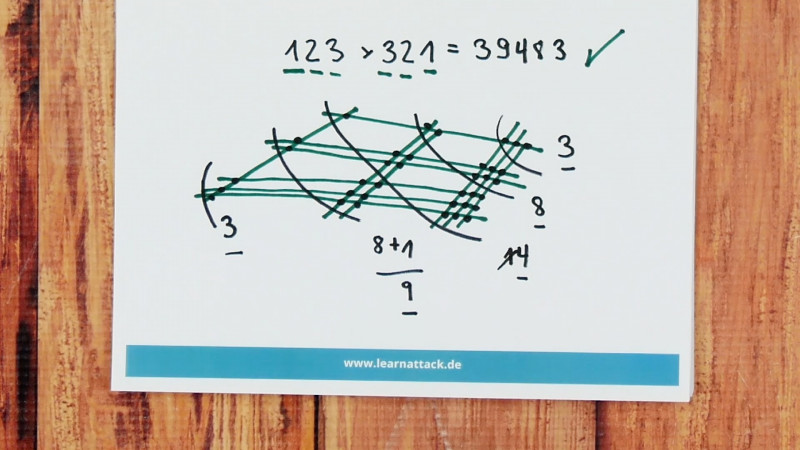 3. Taking The Zero Into Consideration

If one of the numbers in your sum contains a zero, make sure not to draw a line for the zero on the paper. Alternatively, for the sake of clarity, you can draw a line to help you in a different color, but any crossing points including this line will not be counted. 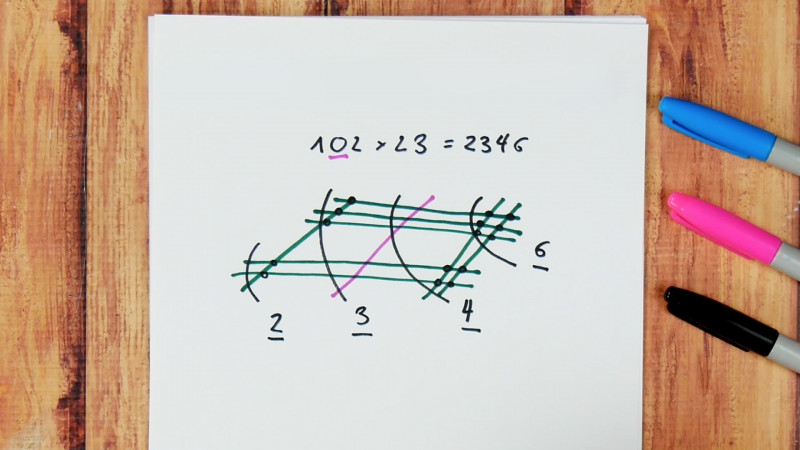 If only all math tricks were as easy to remember! When this one was invented, chopsticks were used, instead of lines drawn on paper. But it doesn't matter, with or without chopsticks, it still makes the task at hand that much easier, because you're visualizing the problem and only need to add up instead of multiply!