Boozy nights at the bar in a cloud of cigarette smoke... well, since smoking bans have become so widespread, it's a little tamer these days. But you can still pull out some good tricks before last call and win a drink from your friends if you bet, and you'll always win with these 6 simple tricks!

1. Move The Can To The Other Glass Without Using Your Hands! 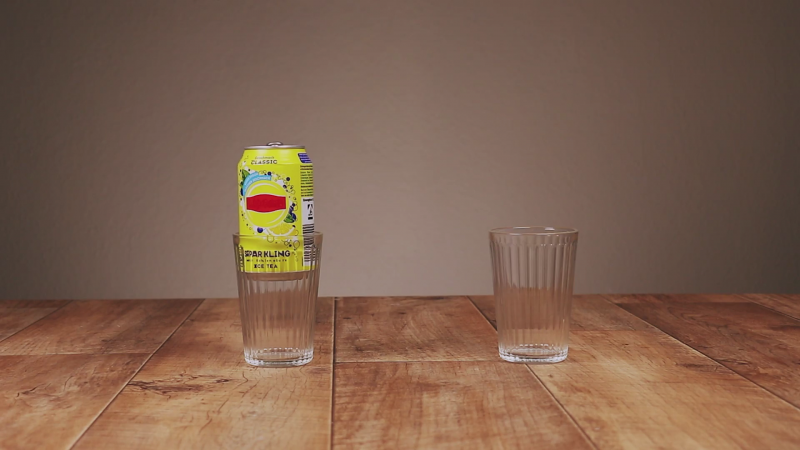 No problem! Blow on it at the right angle and it'll sail right over. You may want to work on your aim at home first, though... 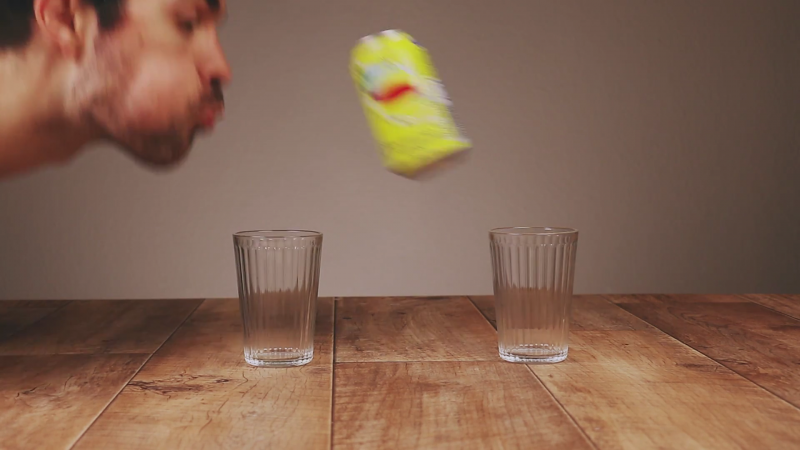 2. Get The Olives Into The Second Glass Without Touching Them! 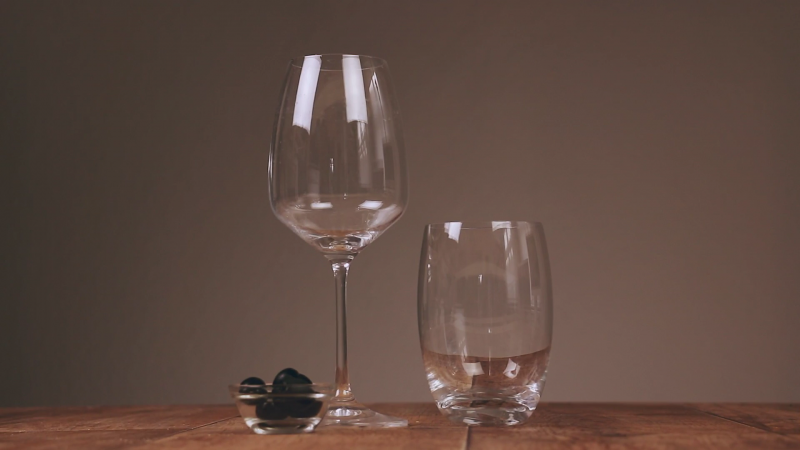 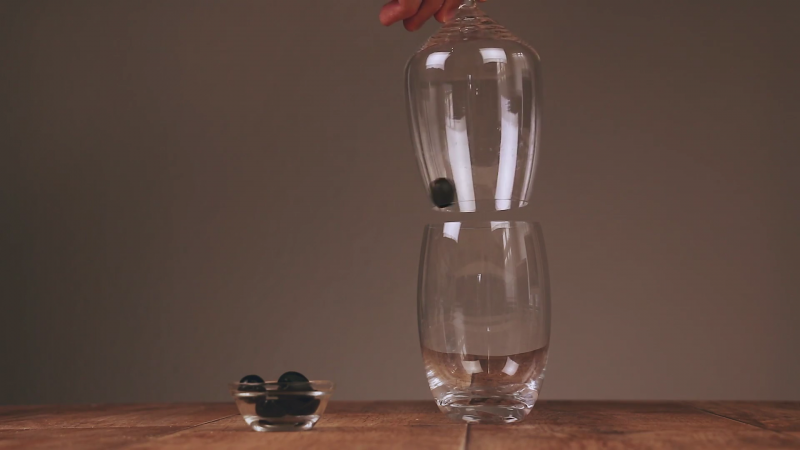 3. Get The Coin Into The Bottle Without Touching The Toothpick! 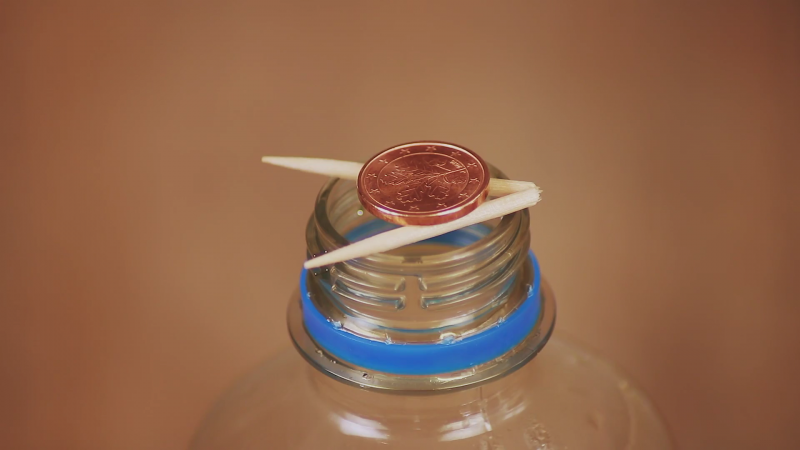 Dribble a few drops of water on the broken part of the toothpick. The moisture will cause the wood to swell, bending outwards. When the angle is wide enough, the coin will simply fall into the bottle! 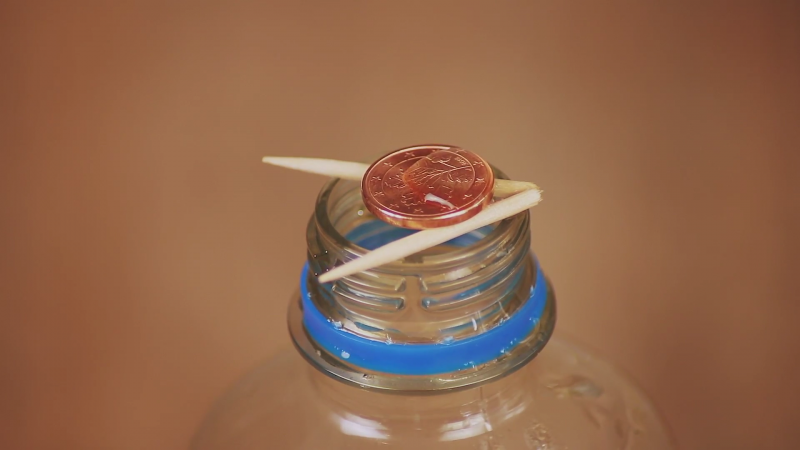 4. Remove The Bill Without Disturbing The Coins!

Pull the bill away in a very straight, quick movement. It's the same as a the old tablecloth trick, but less risky... 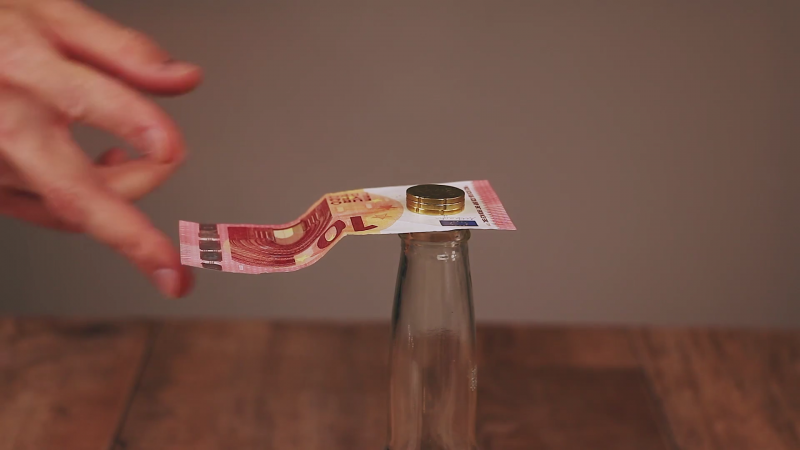 Your opponent in this game will fully expect to win this, but won't ever manage to catch it. Our reflexes simply aren't as fast as the speed of the bill falling. 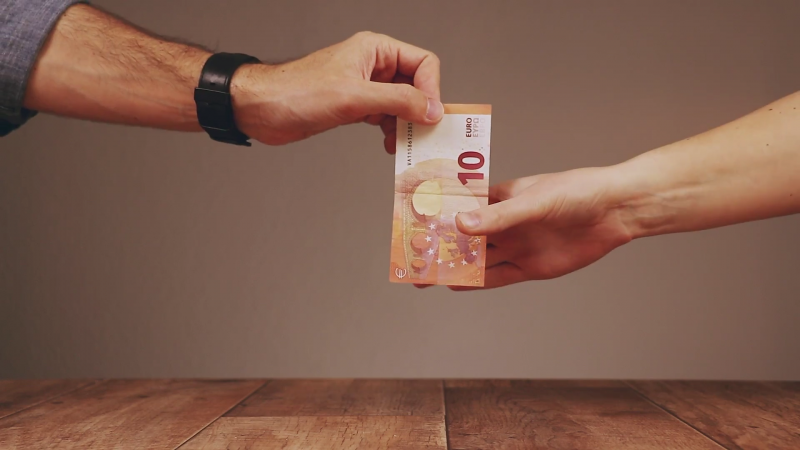 6. Place A Glass On The Piece Of Paper! 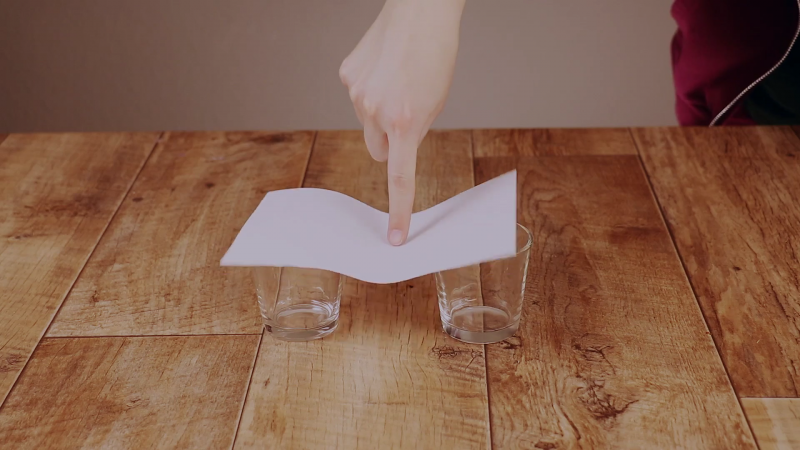 Fold the paper like a harmonica. Now place it across, folds lengthwise, and it'll be strong enough to hold the glass. 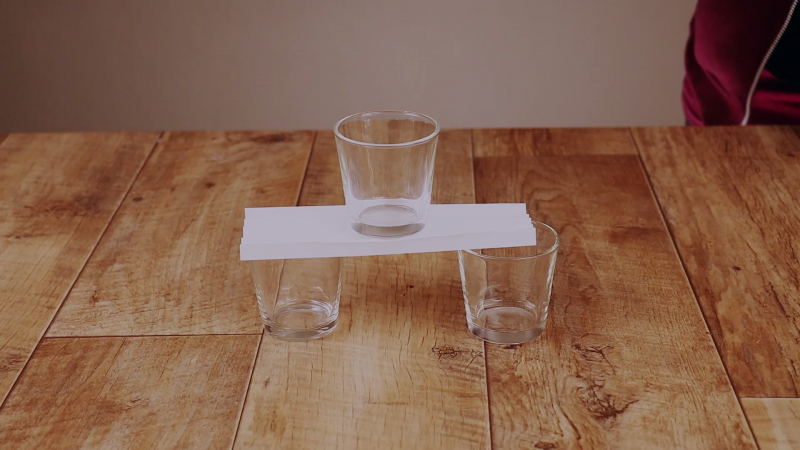 Try out these tricks on your friends, colleagues, or family, over a drink or after dinner. You won't win the Vegas jackpot but you might get your dessert or beer paid for! But be careful: once someone's seen the trick it's all over... Have fun!