How to cook your pasta faster — stop wasting your time and use less energy!

"Now place the pasta in the boiling water" is a well-known phrase found in most cookbooks and pasta recipes. Also well known is the frustration you feel when you have to fill a gigantic pot full of water and wait for it to heat up. Most packaging recommends at least two pints of water per 3 1/2 oz of noodles, but there's a better way out there. Here's how you can save yourself some time, water, and money.

Next time you have a craving for pasta, try placing your noodles in a frying pan big enough to allow the noodles to be covered with water. The larger surface area of the pan will allow you to use less water and the noodles wont stick together as much because they'll soak in cold water first. 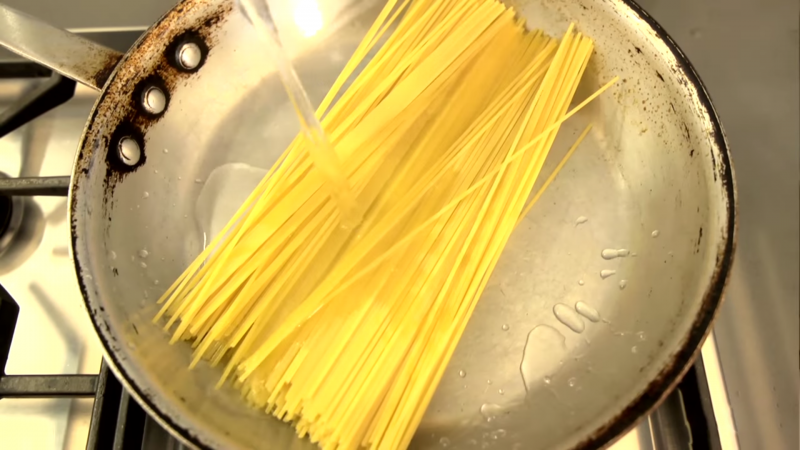 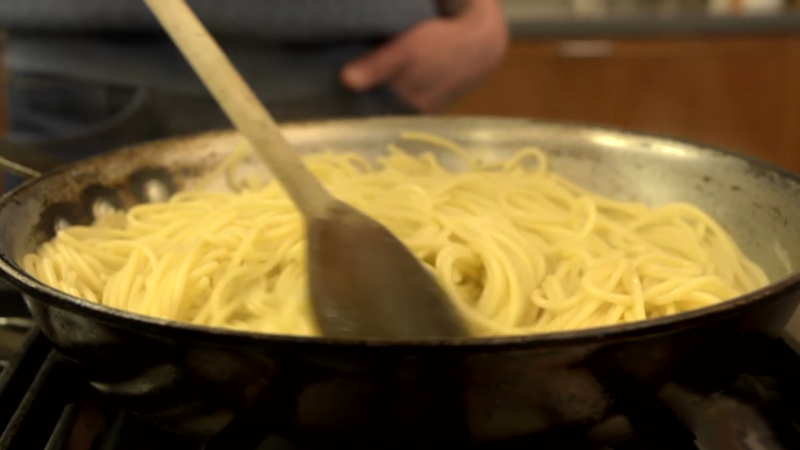 Once you've fished the noodles out of the water, you can use it as a base for your sauce. It's kind of like those great "one-pot" dishes where everything gets cooked in the same pot or pan, like stew or chili — less mess to clean up!

Here's a video that shows how it's done by a real kitchen professional:

This method won't only save you time, but also loads of water and electricity — and that means more money stays in your bank account. Now you'll have more time to savor your tasty pasta meal in peace.