Resourceful Eco-Warrior Forages His Own Food For A Year

In his early 20s, Rob Greenfield was your typical college student. Like most of his friends, the Wisconsinite was mainly interested in partying all night and picking up women. But after graduation, Rob's life took a most dramatic turn.

While at college, Rob dreamed about being a millionaire by his 30th birthday. Yet as he became increasingly aware of the problems the world is facing, Rob started to set his aspirations much higher. By now, he was calling his lifestyle and motivations into question.

Rob was beginning to realize that he – like many of his contemporaries – was living way beyond his means. What's more, the numerous material possessions Rob had accumulated over the years were no longer making him happy. This prompted him to make some radical changes in his life – mainly for his own well-being, but also for the environment and society in general. 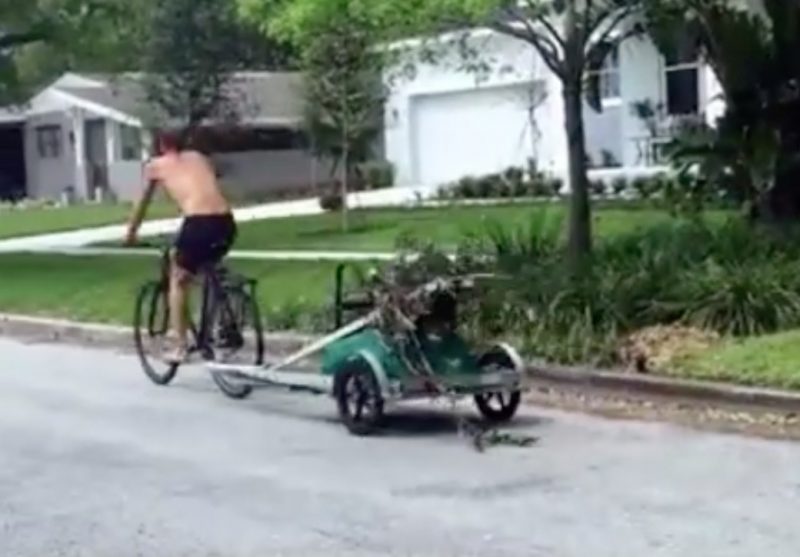 Rob started small by producing less waste, buying local produce, and eating less meat. Soon after, he sold his two cars and bought a bicycle. This was just the beginning: Rob was now determined to lead a sustainable lifestyle by being as self-sufficient as possible. So with the help of some friends, the young man built his own 100 square foot environmentally-friendly tiny house in Orlando, Florida.

The tiny house opened the door to a new life for Rob. To show how seriously he was taking his new lifestyle, brave Rob decided to take on an ambitious challenge: foraging and growing his own food for an entire year. That meant no trips to the grocery store, no restaurants, and no medication – would Rob succeed?

To grow his own produce, Rob set up six gardens around his home where he planted a variety of vegetables and herbs. For medication, he used various combinations of garlic, turmeric, and honey produced from his beehives.

Rob spends most of his day tending to his gardens. In nearby forests, the young man collects berries and mushrooms. For his protein fix, he catches fish using a homemade rod. To create salt, resourceful Rob simply boils seawater collected from the ocean. For drinking water, he collects rain from his metal roof which he runs through a filtering system.

Our handyman's only creature comfort is a freezer which he uses to store leftovers and perishable goods. Initially, Rob had wanted to run the freezer using solar panels, but the risk of power outages was too high. This one luxury aside, Rob lives completely independently. When it's time to prepare meals, he simply puts any kitchen or garden waste into his methane biodigester to produce gas for cooking.

At bathtime, Rob once again opts for collected rainwater to wash himself. A composting toilet also means he needn't worry about wasting any water. Rob even grows his own toilet paper, the leaves of the Pycnanthis Barbados plant, which is much softer than regular toilet paper and 100% biodegradable. 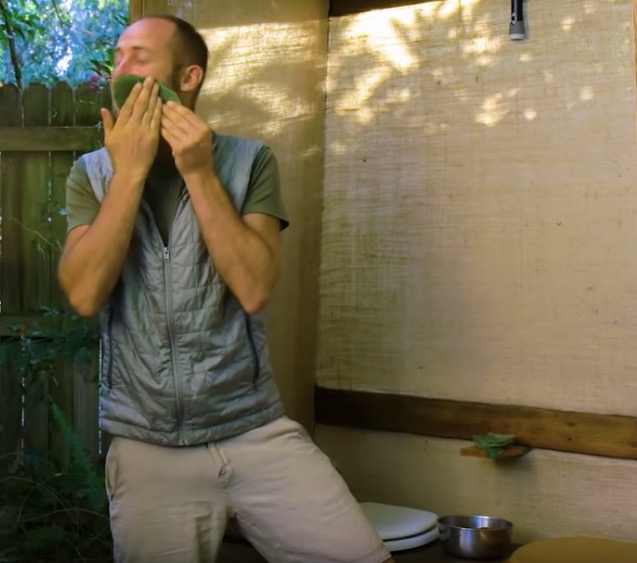 Through expert planning and hard work, Rob is now able to fully provide for himself – his gardens have been producing such a high yield that he shares what he grows with neighbors. And this is the whole point of his venture: showing others that you can live happily without having to solely rely on supermarkets and food industry giants. For Rob, it’s about creating greater food awareness and helping the community.

Rob continues to live as minimalistic as possible, with everything he owns fitting into a large rucksack. He now travels the world to teach others how to lead a life free from excessive consumption and industrialized goods. Every little bit helps and Rob hopes to inspire people to grow even just a small amount of their own food.

In the following video, Rob gives us a personal tour of his home:

From wannabe millionaire to eco-warrior, Rob has radically changed his perspective on life. As the young American has shown, it's possible to enjoy a happy life free from unneeded consumeristic pleasures. In the words of Henry David Thoreau, "A man is rich in proportion to the number of things which he can afford to let alone." If that's the case, Rob is surely the richest man on the planet.