7 mistakes many women make when shaving

On average, girls start shaving a few years earlier than boys. Sometimes, girls as young as 10 or 11 start growing thicker and darker hair on their legs, which is especially noticeable if they are brunettes. Boys, on the other hand, usually don't start shaving their facial hair until two or three years later.

As women are confronted with this life-long task at an early stage in their lives, it's worth learning about common mistakes or simple carelessness so that they can be avoided altogether. 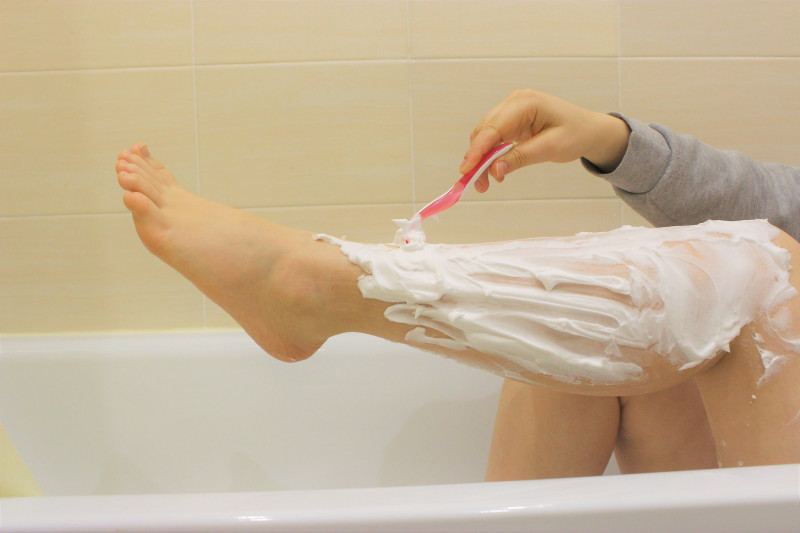 1. Shaving in the morning

It's quite commonplace for many women to shave first thing in the morning. However, our legs tend to swell up slightly during the night due to the warmth generated in our beds and this in turn causes our hair to retract into the hair follicles.

So, it could be that some of our stubble is covered by the swelling when we wake up, which later reveals itself during the course of the day when the swelling goes away. That's why it is best to shave at night before going to bed. 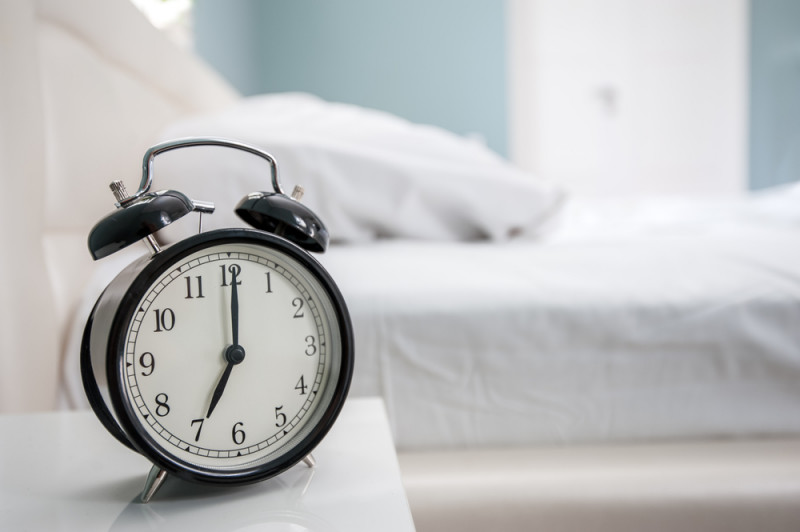 2. Not waiting long enough in the shower

Mornings are always a bit rushed, trying to get ready as quickly as possible so that we get to work on time. That's why taking a shower and shaving is often something we do in feverish haste.

In actual fact, it's recommended to first shower for a good ten minutes before shaving so as to soften the hair and open up the follicles. This results in a far more pleasant shave. Again, it might be worth taking your time in the evening to have your shower rather than madly hurrying in the morning. It's a shame in a way because it should otherwise be a rather enjoyable activity. 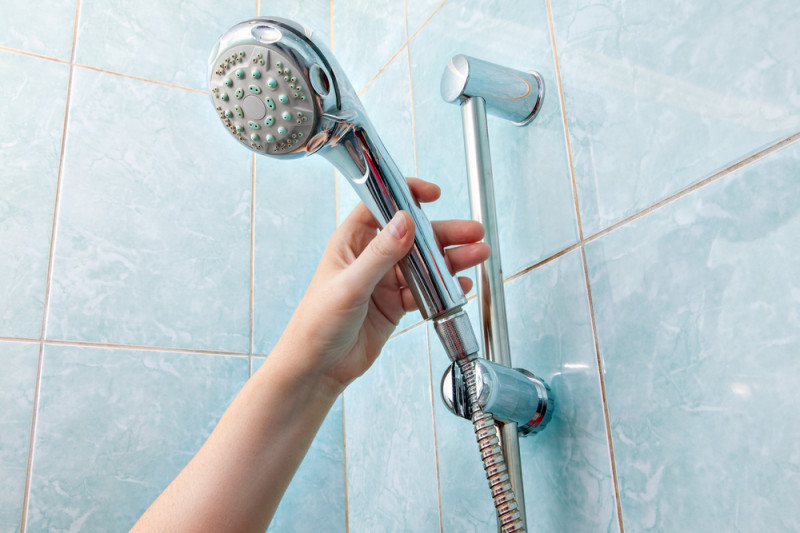 It's such a nuisance when you run out of shaving cream just when you've turned on the shower and are ready to start shaving. If this ever happens to you, reach for your conditioner rather than resorting to a bar of soap, it's a far better alternative and an effective temporary substitute. 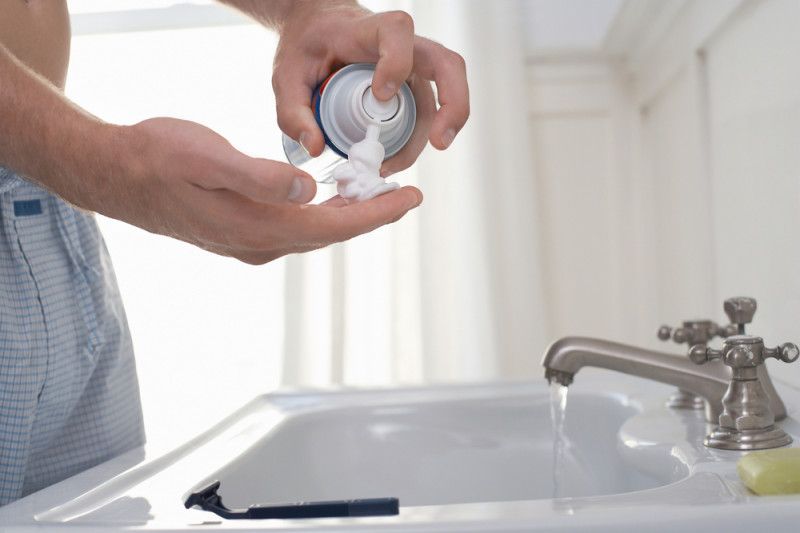 4. Shaving against the grain

Of course, it's always more effective to shave against the grain but it can often cause skin irritation and redness. To prevent this, you should first shave in the direction of the hair growth from top to bottom, then foam up your legs again with shaving cream, and finally shave as you usually would from bottom to top. In doing so, you will reduce the risk of razor burns, soreness and rashes because the hair is that much shorter when you begin to shave against the grain. 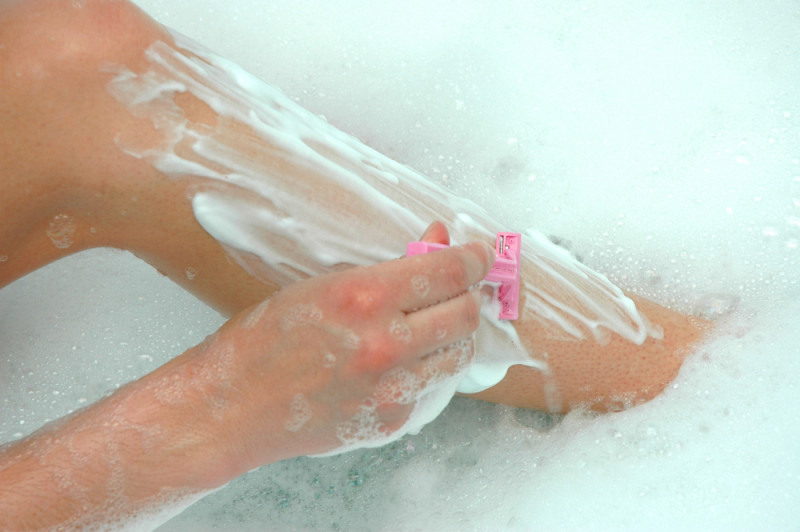 If you want to do a thorough job of getting as close a shave as possible, you should should exfoliate them twice a week to expose small hairs that sometimes hide underneath dead skin. So that you avoid any unpleasant burning sensations and to give your skin a little rest from time to time, you should only exfoliate on the days when you don't shave your legs. 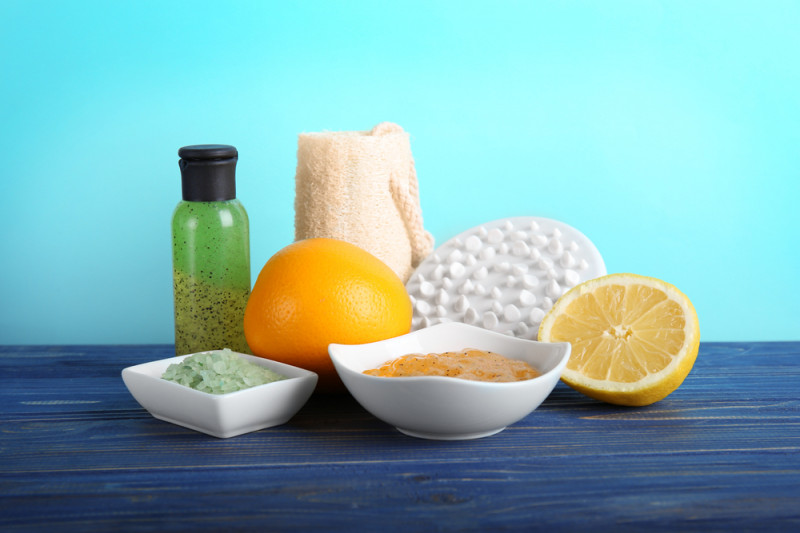 As the name implies, disposable razors should only really be used once and then disposed of when traveling for example. For your domestic morning routine, a proper razor with four or five blades should be used.

It's worth investing in a good razor in the long run as it is made for continuous use over longer periods of time. Disposable razors simply don't offer the same kind of pleasant shave over prolonged periods as they are not designed for that purpose. 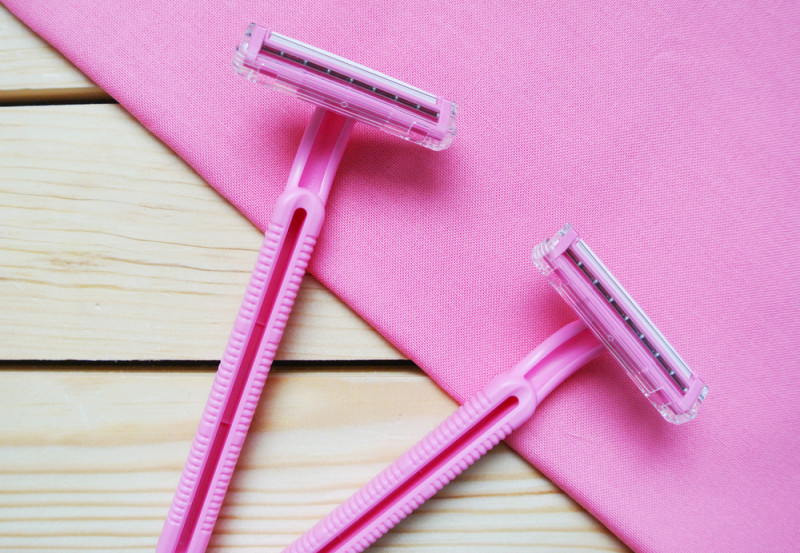 However, even the best razor cannot be used forever and you'll notice the quality of your shave will start to diminish the longer you go without changing the blades. To prevent blunt blades from irritating your skin, leaving behind pimples, redness, or in the worst case, inflammation, the blades should replaced after the tenth time, at the latest.

Whether these are actually mistakes to be avoided or just a bit of carelessness, it's really quite an individual thing based on how you learned it and how well or badly you can cope with this or that approach. However, just by making a few amendments here and there to your daily routines will help everything (including your legs) run a lot more smoothly!