In life, we never know what's going to happen next. Before we're fully aware of it, we're being chased by predators, or have a large piece of glass stuck in one of our legs. Here are some survival tips you should keep in mind just in case you end up in a dangerous situation.

This is the most basic thing to know! But unless you're a contestant on a survival TV show, you won't be given three matches as a starter kit, so it's better to know how to do it on your own.

Even in the middle of nowhere, you probably have your cellphone with you (technology may be taking over our lives, but it has unexpected uses too). If your phone is broken — maybe it's waterlogged or smashed to the point where it doesn't work — you can still use the battery to help you start a fire. First, you need to find moss and some small twigs to use as kindling. Be careful, because you only have one shot at this!

If you have wire, use it to connect the battery's poles, this will create sparks which will help you start a fire.

Otherwise, you can destroy the battery, and have some kindling ready. When the battery breaks, it explodes and you can use the explosion to ignite the kindling. Follow the steps in this video. 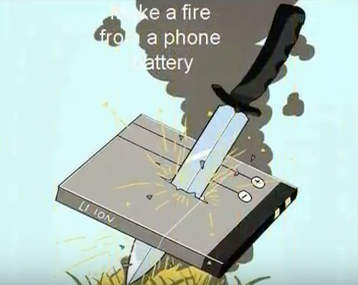 2. How to run away from a crocodile

You think this sounds ridiculous? Hear us out. Crocodiles kill roughly a thousand people a year. Your risk of encountering a crocodile may be low, but it's better to be prepared than ending up in pieces. 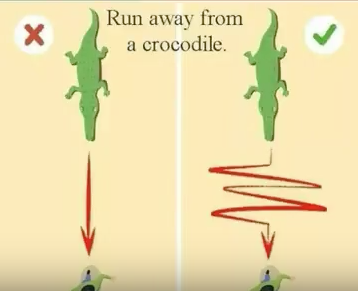 A tip: crocodiles can run fastest in a straight line, but have trouble turning. Leave it behind by zigzagging.

3. What to do if stung by a jellyfish 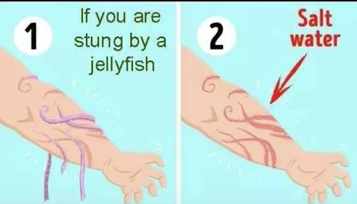 4. When you cut yourself and are in the middle of nowhere with no band-aids, disinfectant or doctor nearby...

...but you have a tube of super glue!

It's better than nothing. Putting glue on the cut is not the healthiest thing, but it prevents bleeding and reduces the risk of infection until you can get to doctor.

5. How to survive in freezing conditions

If you find yourself needing to survive in the freezing cold, don't eat snow as a means of hydration. It will only lower your body temperature and make you weaker because you will need more energy to keep you warm. Ideally, use water in its liquid state. 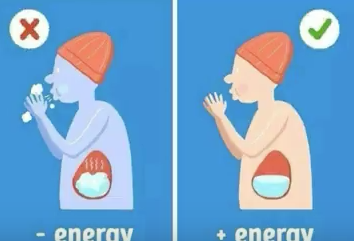 6. For the failed Crêpe Suzette

Is something burning in your kitchen? Don't throw water on it, especially if it's a saucepan or frying pan containing hot oil, as this will only make things worse. If it's a small fire, you can try using a damp cloth to extinguish the flames. But if in doubt, evacuate the building, shut all doors before you leave and call 911.

7. A piece of glass is stuck in your leg

Again, it may never happen, but life can be unpredictable. You might get accidentally shoved through the glass pane in some French doors, or get caught in the debris from a factory explosion. Whether it is glass, metal, or wood, the procedure is always the same. If the wound is deep, don't try to remove the embedded object unless help is nearby. Where possible, elevate the site of the injury to help stop the bleeding. Place dressings around the embedded object to keep it stable. Then seek medical help. If you try to remove it yourself, you could cause a hemorrhage!

You can see more on some of these tips in this video:

Hopefully you'll never have to put any of these into practice. But do what you can to stay safe, and take care!