Want to wow your guests this Christmas? Let's start by laying the table...

Tie three candy canes together so that they can be used as a stand for place cards. 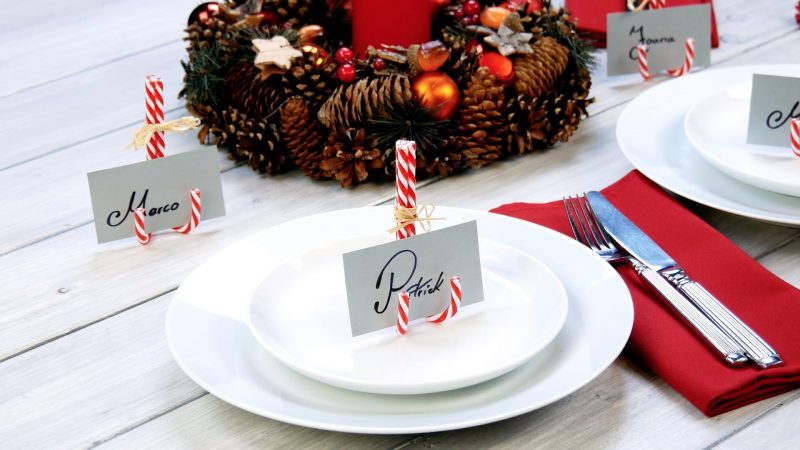 Arrange the plates and cutlery into a snowman by using the larger plate as its belly and placing a smaller one above it to form the head. An unfolded napkin then serves as the scarf while a square-shaped black napkin with knife can be used as the hat.

The fork and spoon represent the arms while blueberries can be used as the eyes and buttons. A small piece of carrot functions as the nose. 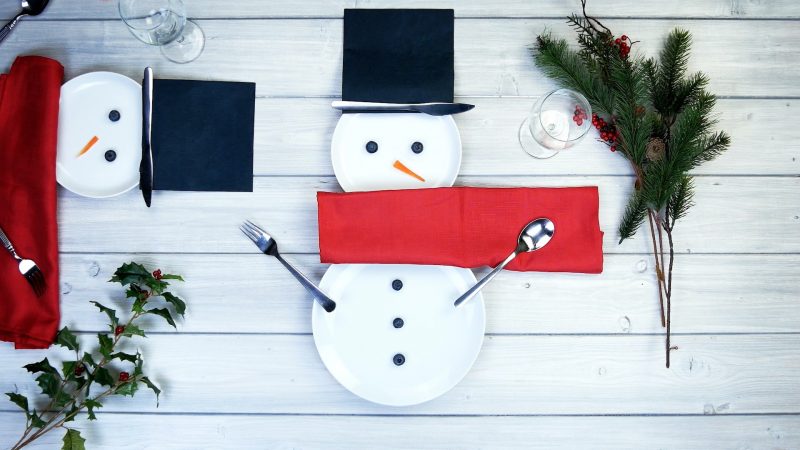 Place three figures and a small Christmas tree on a plate, sprinkle decorative snow around them, cover the figures with upturned wine glasses, and place tea lights on top of the glasses. That's all you need to magic up a wonderful dining table centerpiece. 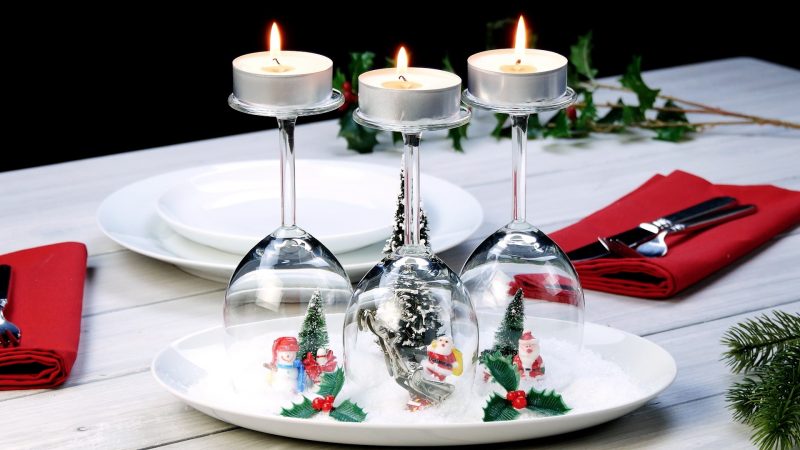 Fold a large green napkin as shown in the video. Use a cinnamon stick to create a stump and a skewer to attach a star at the top. It's almost a shame that you'll be using this beautiful Christmas tree napkin to wipe your mouth! 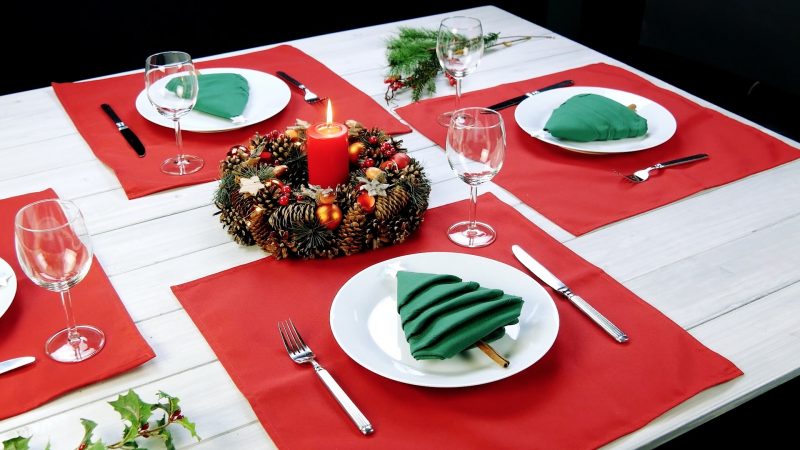 Cutlery is usually rolled up in a napkin and placed on the plate. But on the big day, you can use little Christmas stockings to do the same job instead. 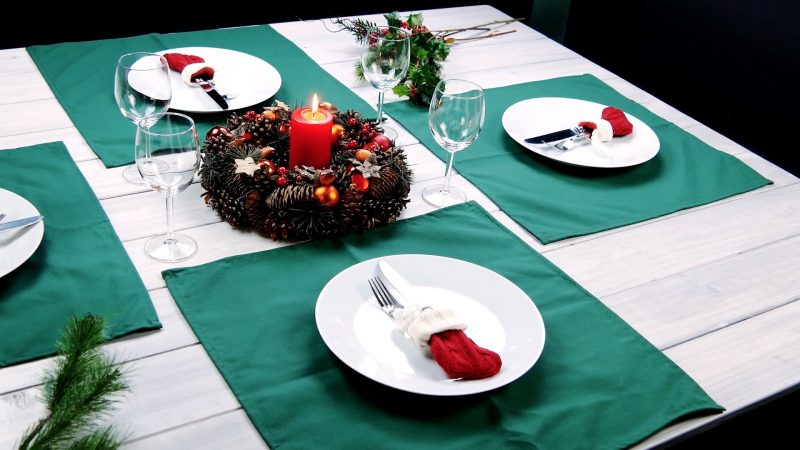 Here's a very simple one — you can write everyone's names onto a paper tablecloth and draw on the cutlery, too! 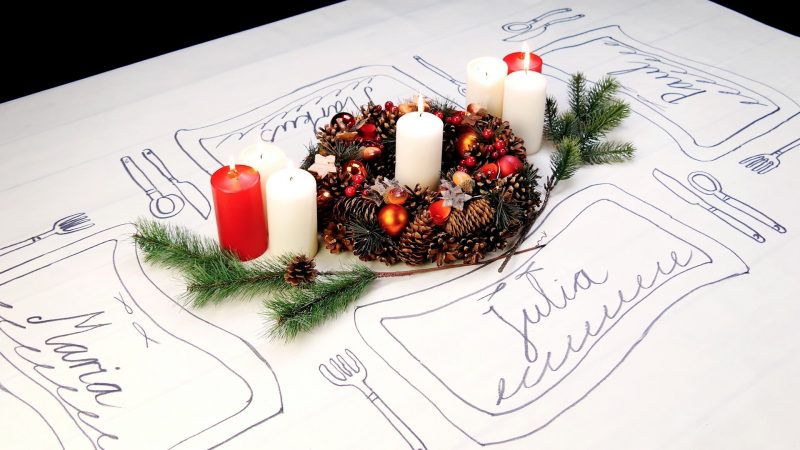 Now that the table is ready, it's time to focus on the serious stuff — the food!