Rice krispies treats are so deeply ingrained in our idea of what a delicious dessert should taste like, we almost didn't want to mess with the original recipe. But we did anyway, and actually created 5 delicious recipes that embrace that classic taste and texture, but then take it to the next level. We're talking rice krispies hamburgers, cinnamon rolls, sushi, and more. Essentially, we're using the classic recipe as a blank canvas for some exciting desserts!

1.1 Melt the marshmallows in the microwave and mix in the rice krispies cereal. 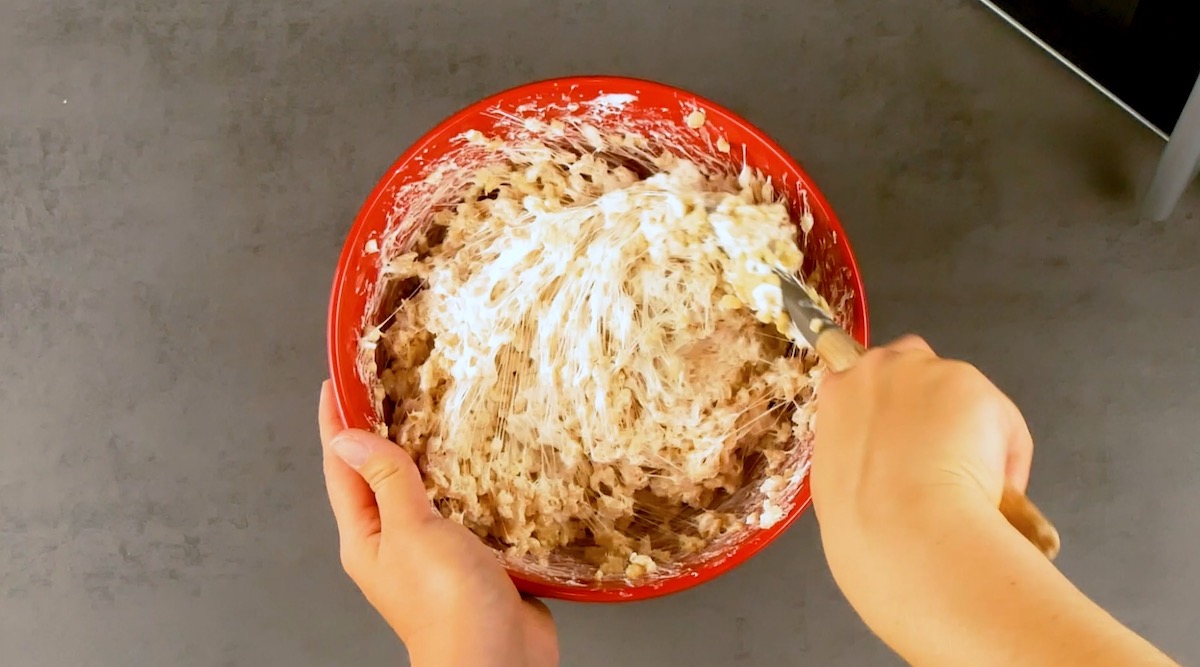 1.2 Line a bowl with plastic wrap. Wet your hands with cooking oil, add some of the rice krispies to the bowl, and press them down until smooth for the top bun of your sweet hamburger. 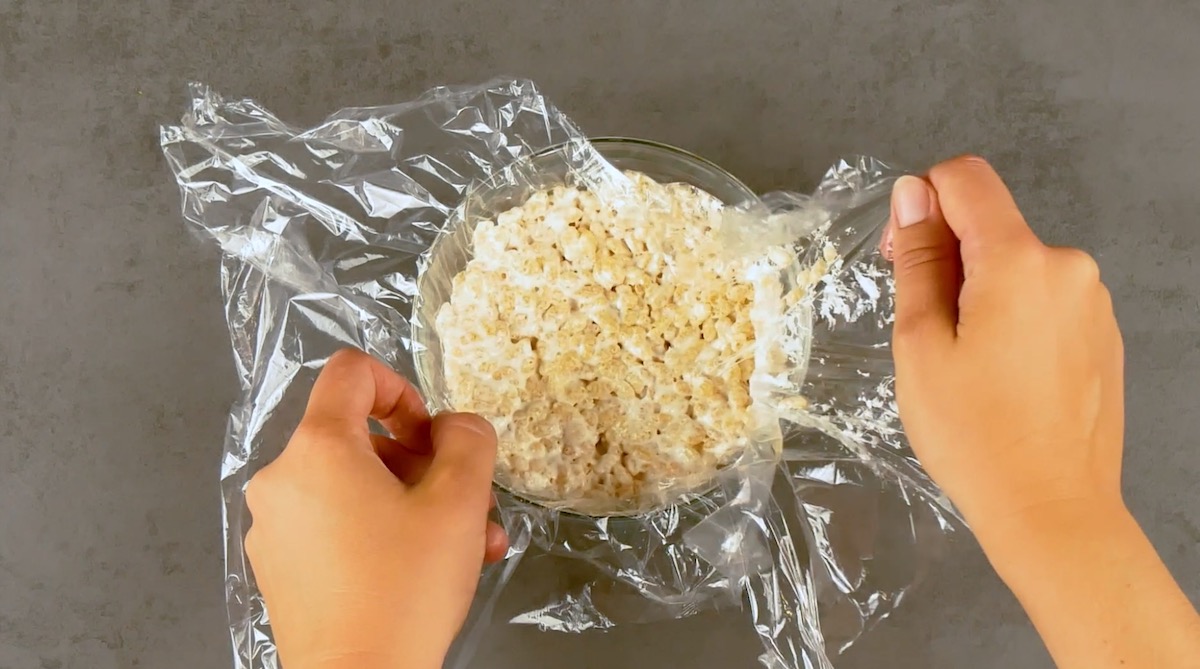 1.3 Use your hands to form the bottom part of your hamburger bun and put it on a plate. 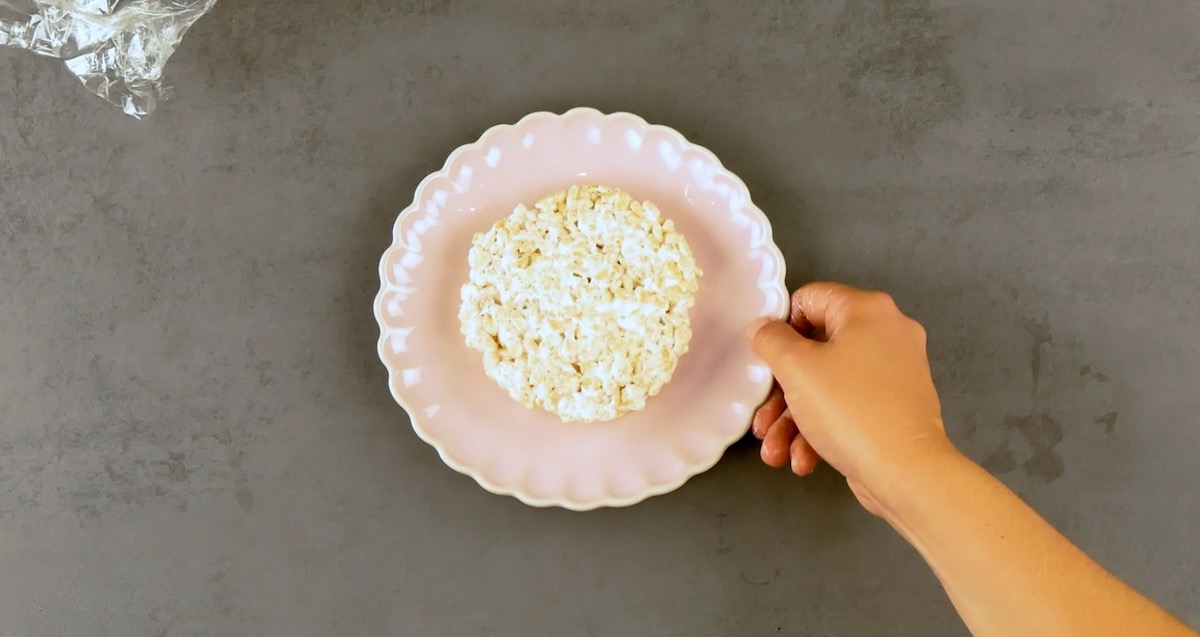 1.4 Set aside some of the rice krispies and use brown food coloring to turn them into the burger patty, then place the patty on top of the bottom half of the bun. 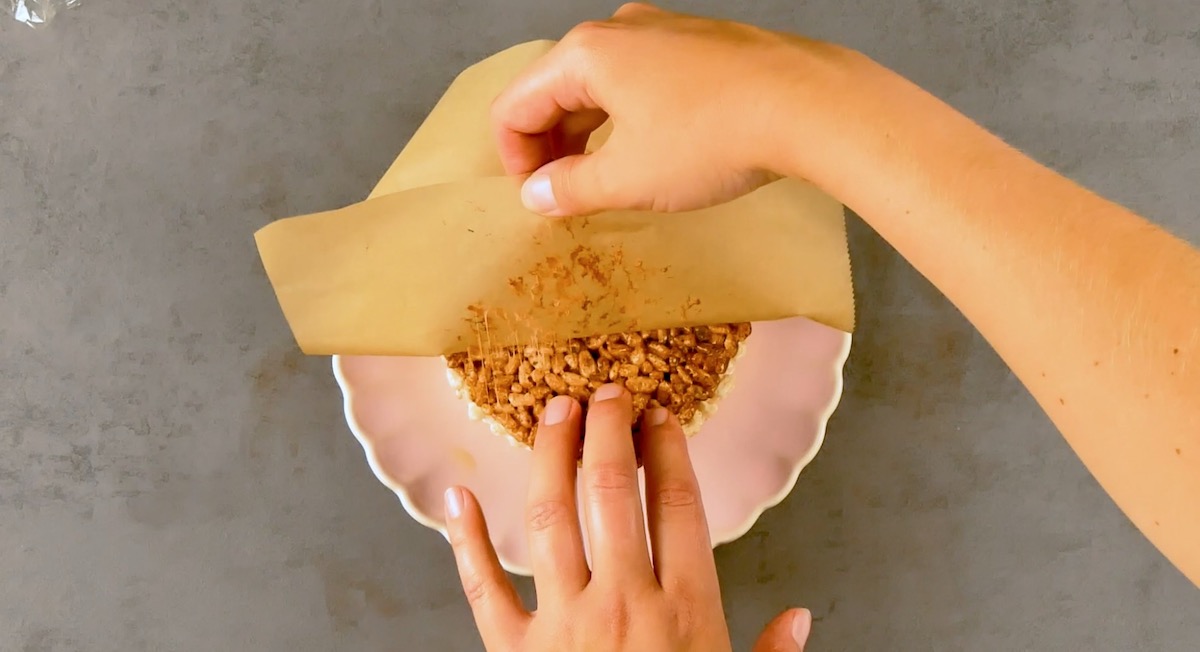 1.5 Dye part of the rice krispies yellow, form it into a cheese slice on a piece of parchment paper, and place it on top of the burger patty. 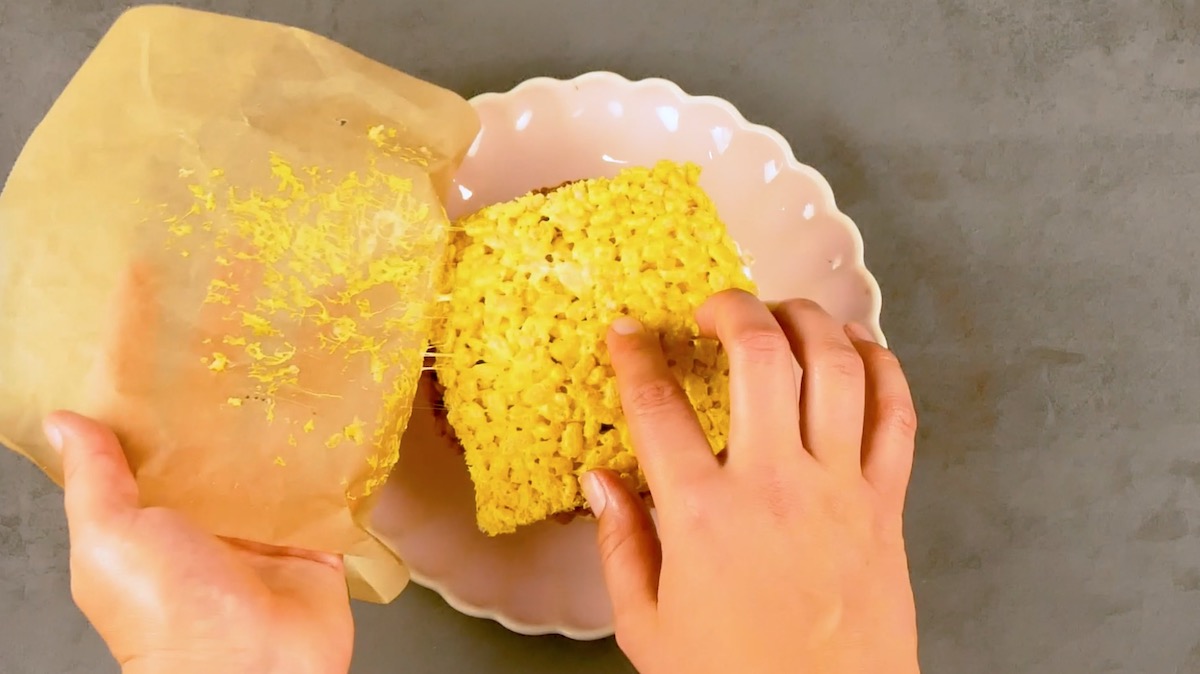 1.6 Now dye another part of the rice krispies green and form it into a lettuce leaf on a piece of parchment paper. Place the lettuce on top of the cheese. 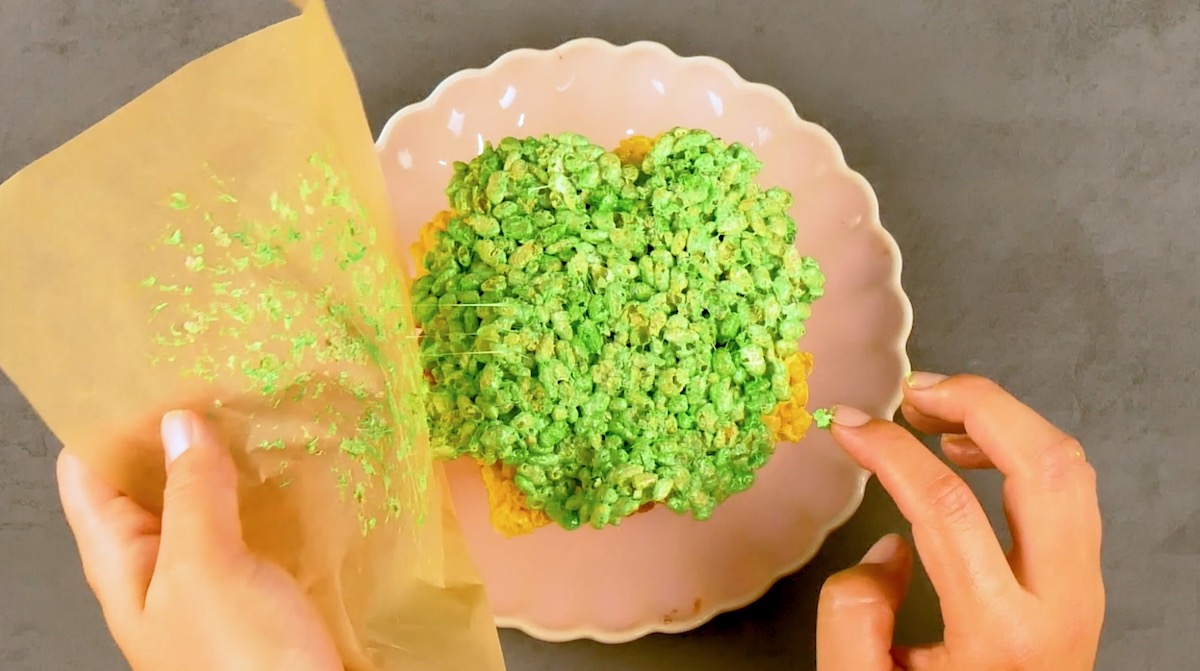 1.7 Dye part of the rice krispies red, form it into 2 tomato slices on a piece of parchment paper, then place them on top of the lettuce. 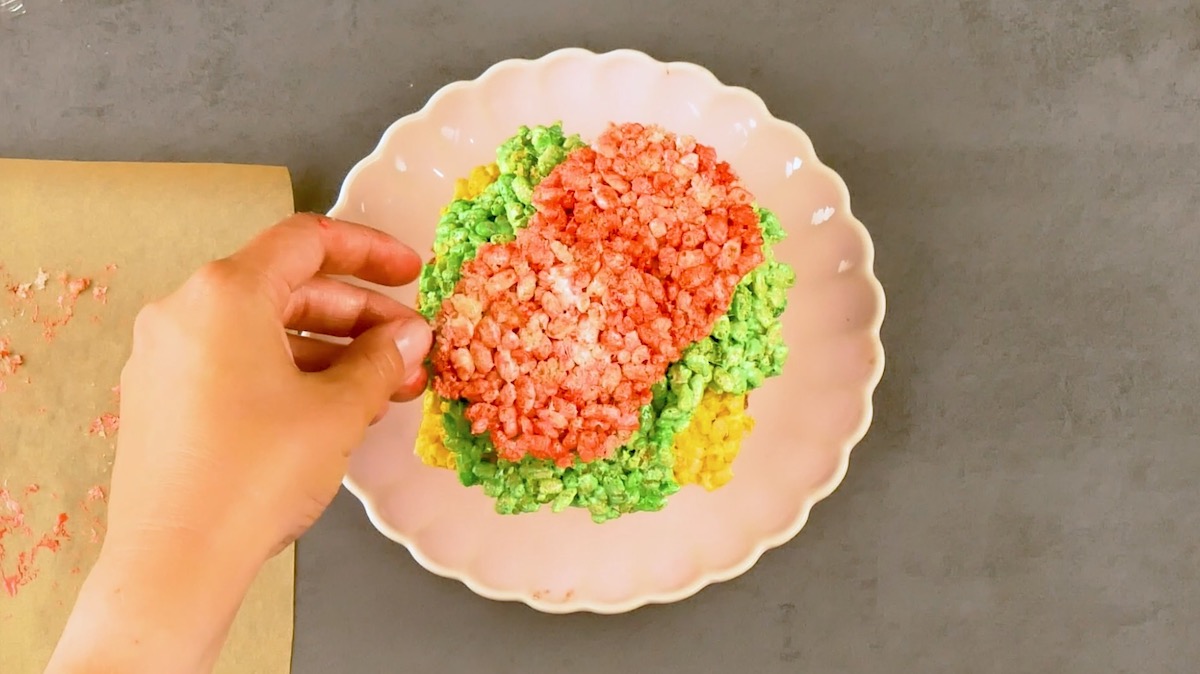 1.8 Now place the top half of the bun on the burger, remove the plastic wrap, and bite into the sweetest hamburger you'll ever taste! 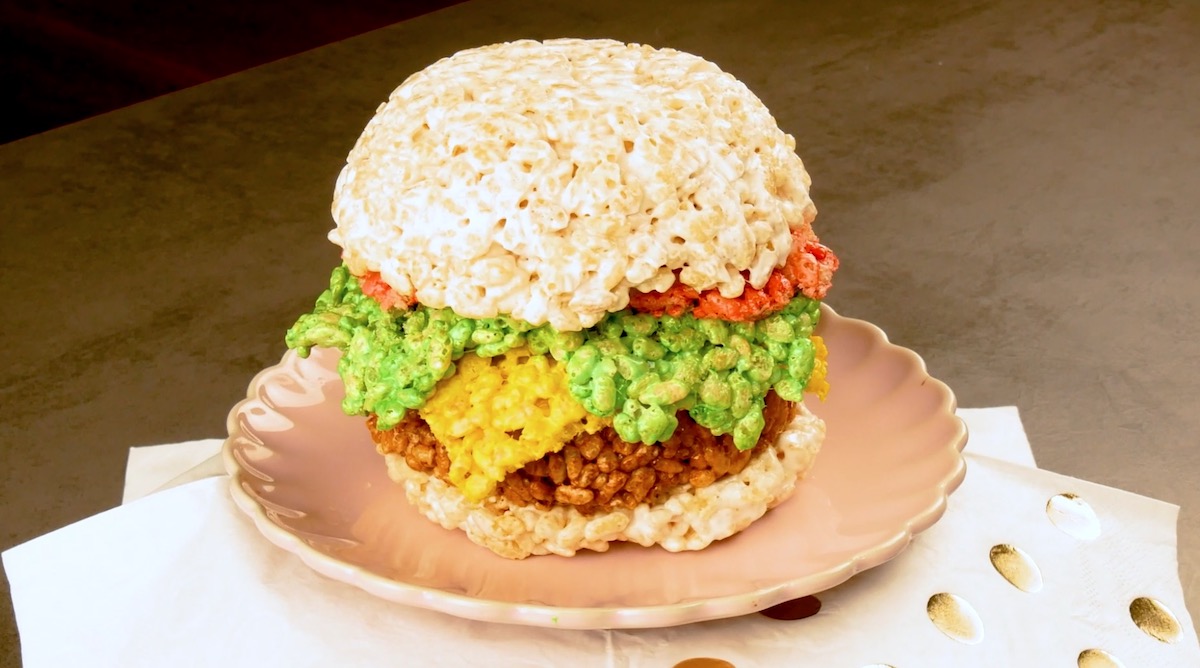 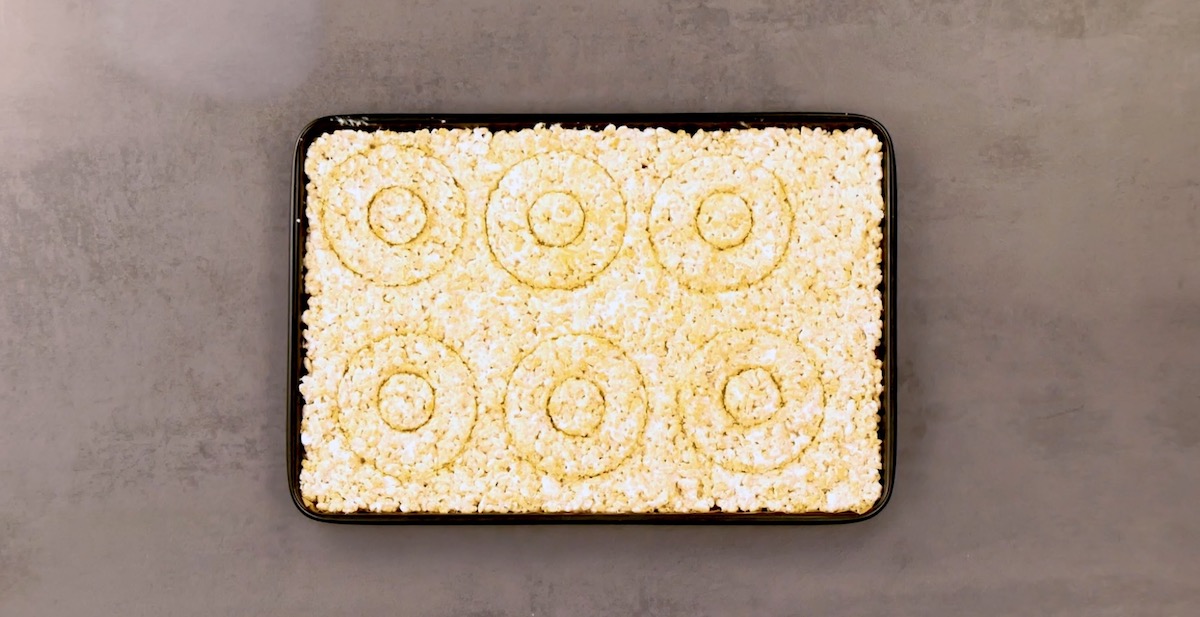 2.2 Melt the different types of chocolate and decorate the top halves of the donuts with them. 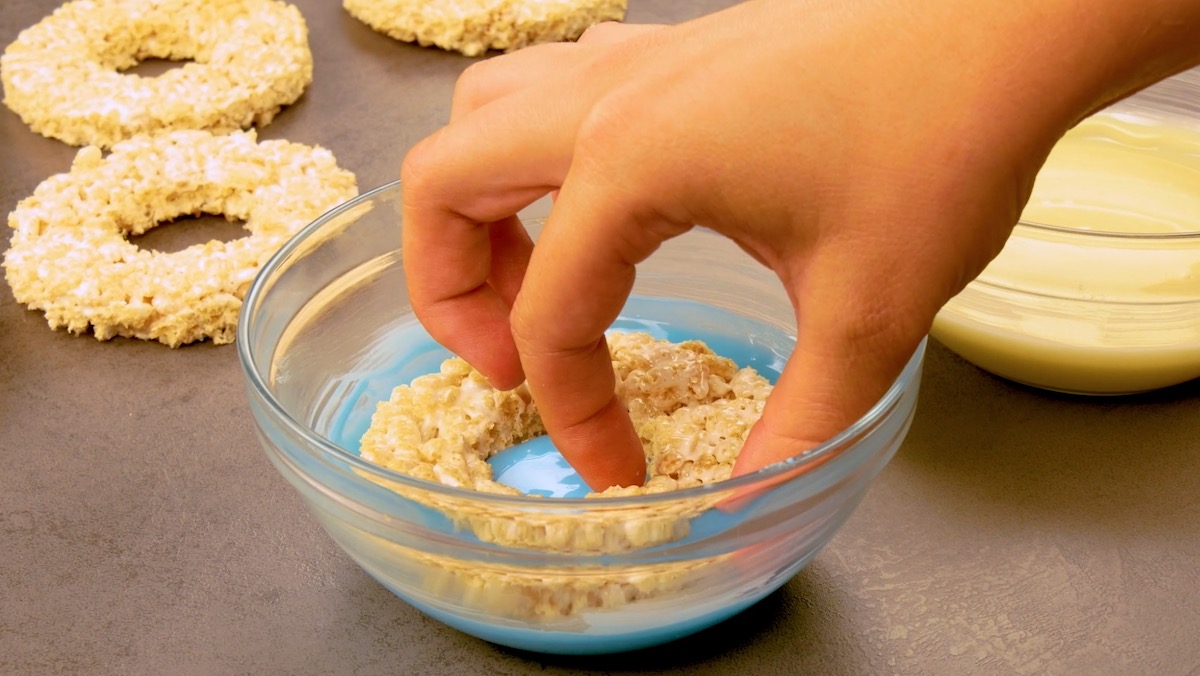 2.3 Allow the first layer of chocolate to set, then decorate the donuts even more with sprinkles or different colored chocolate drizzles. 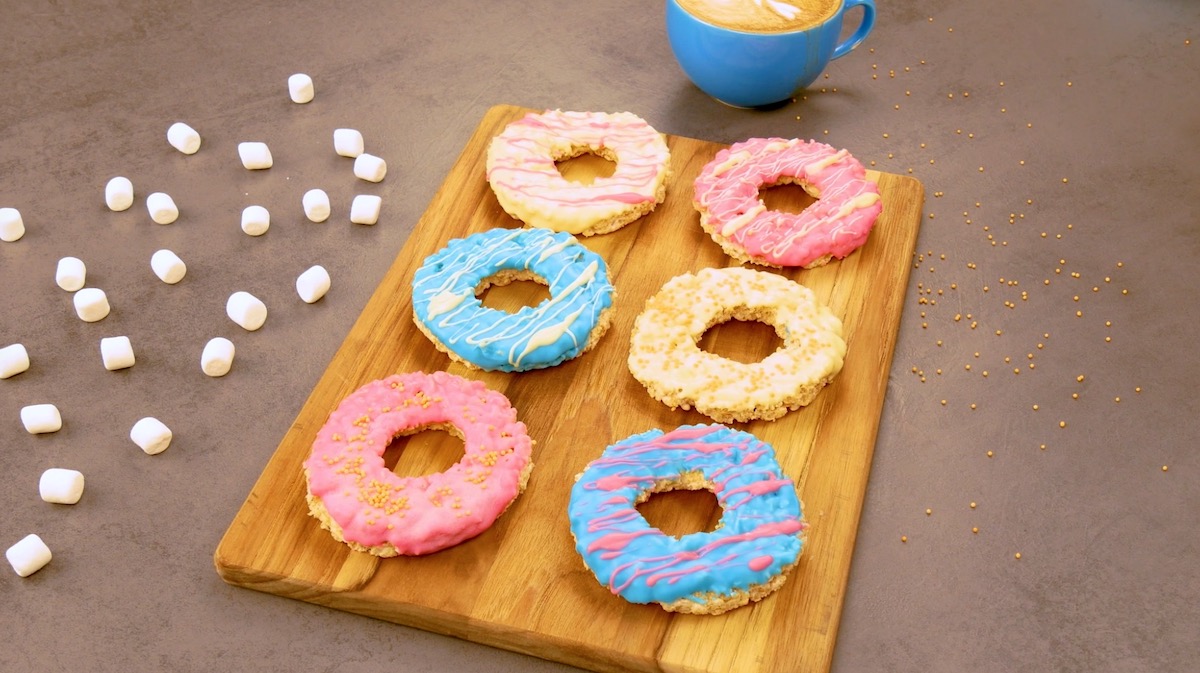 3.1 Melt the marshmallows in the microwave, then mix the melted marshmallows with rice krispies cereal and add cinnamon to taste. Spread the mixture in a casserole dish and cut into equal pieces. 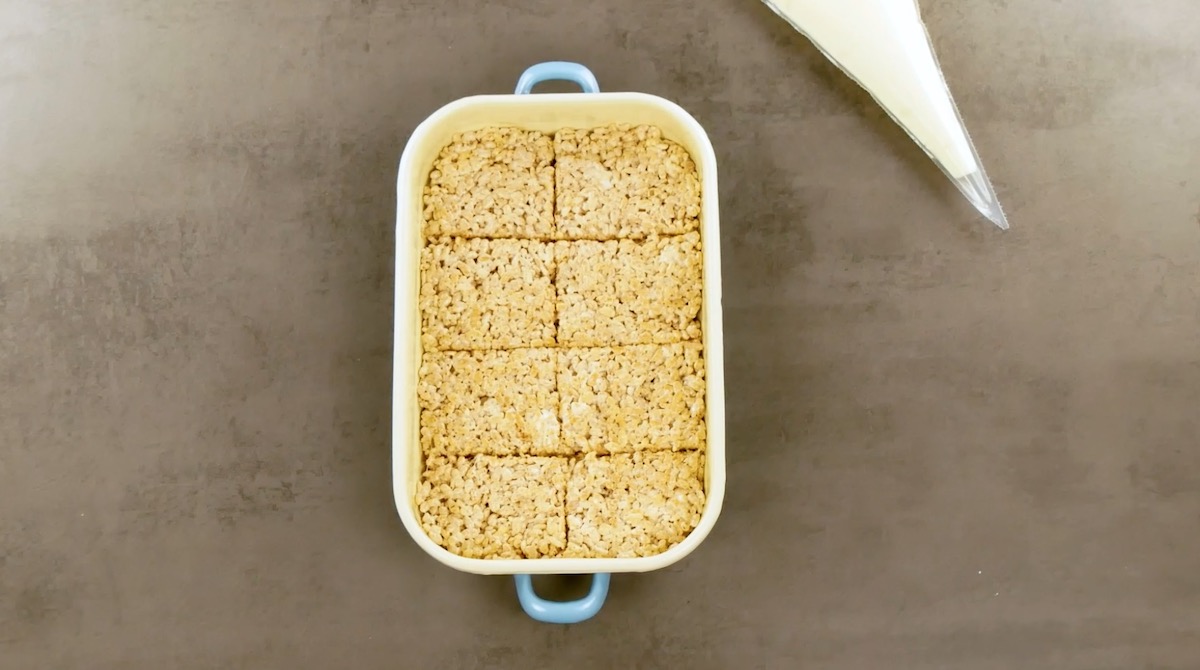 3.2 Form each piece into the shape of a cinnamon roll and decorate it with icing. Sprinkle some more cinnamon on your cinnamon roll treats, and you're done! 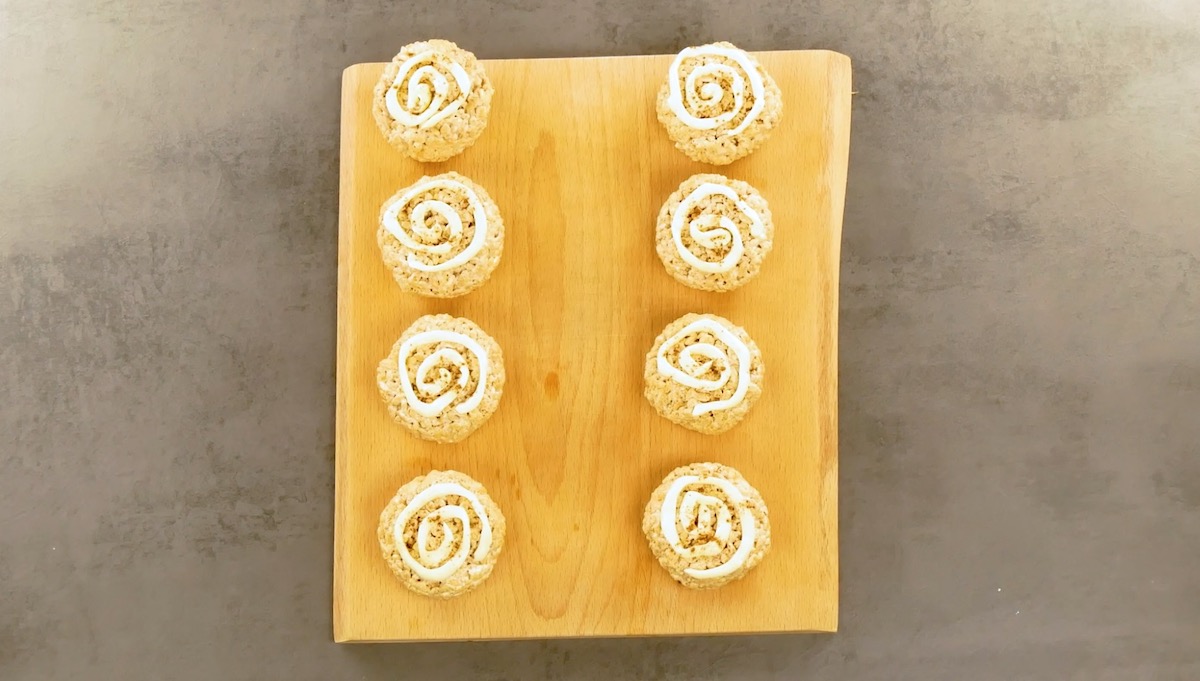 4.1 Melt the marshmallows in the microwave, then mix the melted marshmallows with rice krispies cereal and form them into the shape of a round pizza on a piece of parchment paper. Put the finished pizza base on a plate. 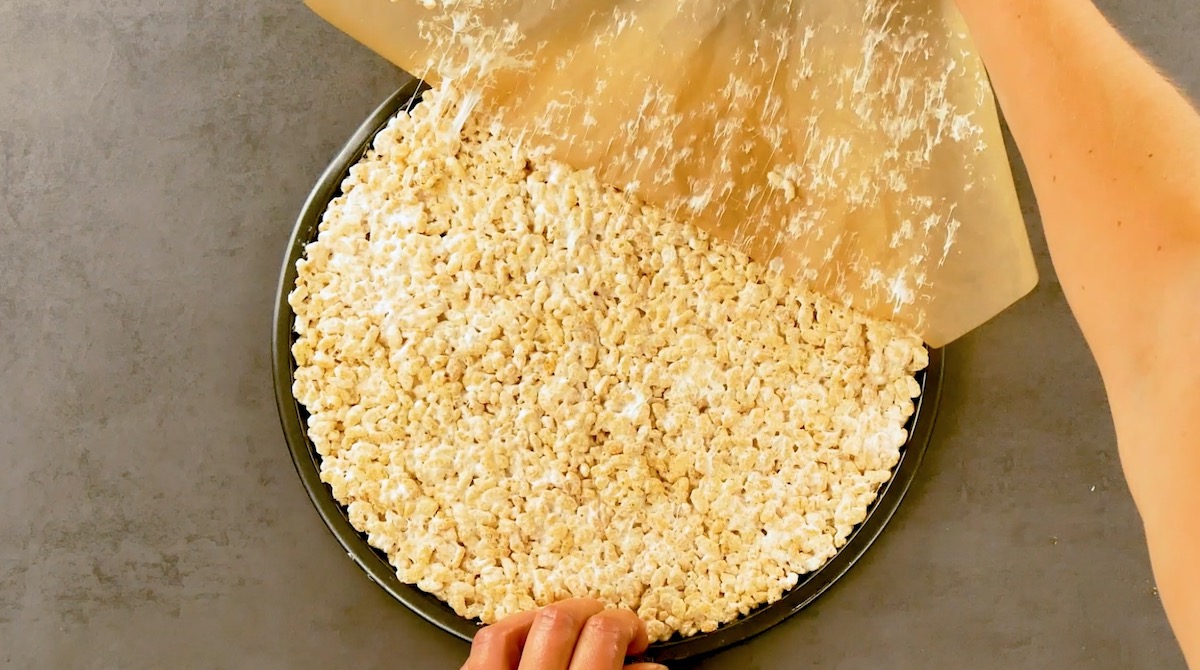 4.2 Cover the pizza base with strawberry jam and whipped cream and top it with red fruit roll-ups that have been cut into circles. Decorate the pizza with green sprinkles, and mamma mia, you've got a dessert pizza! 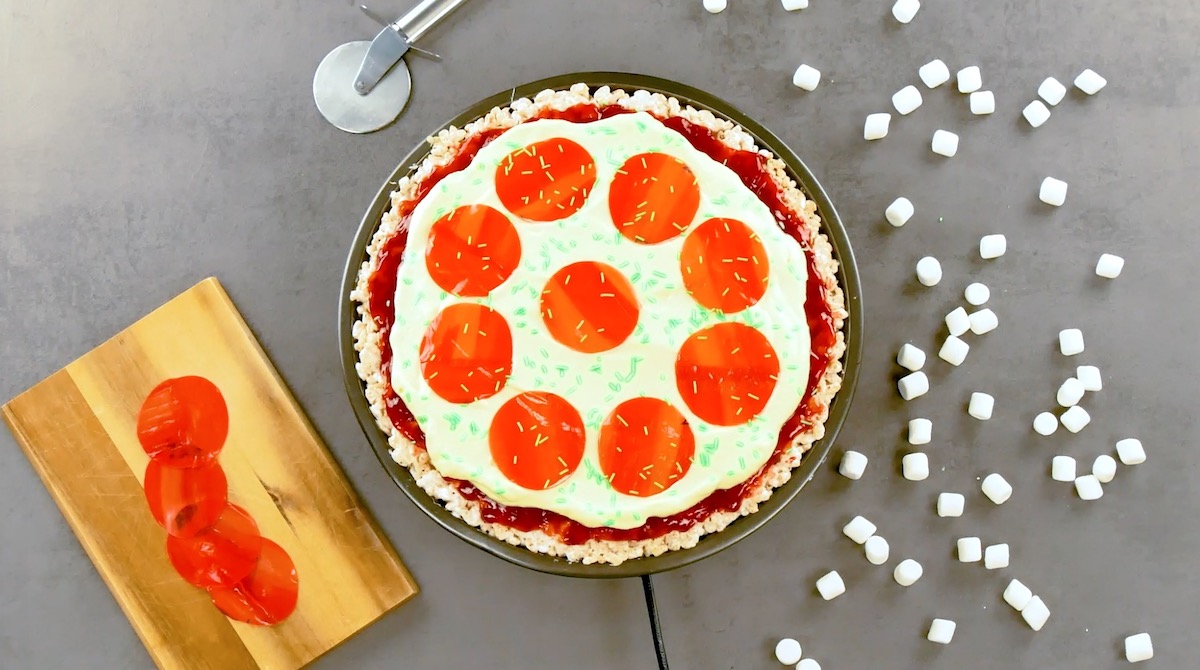 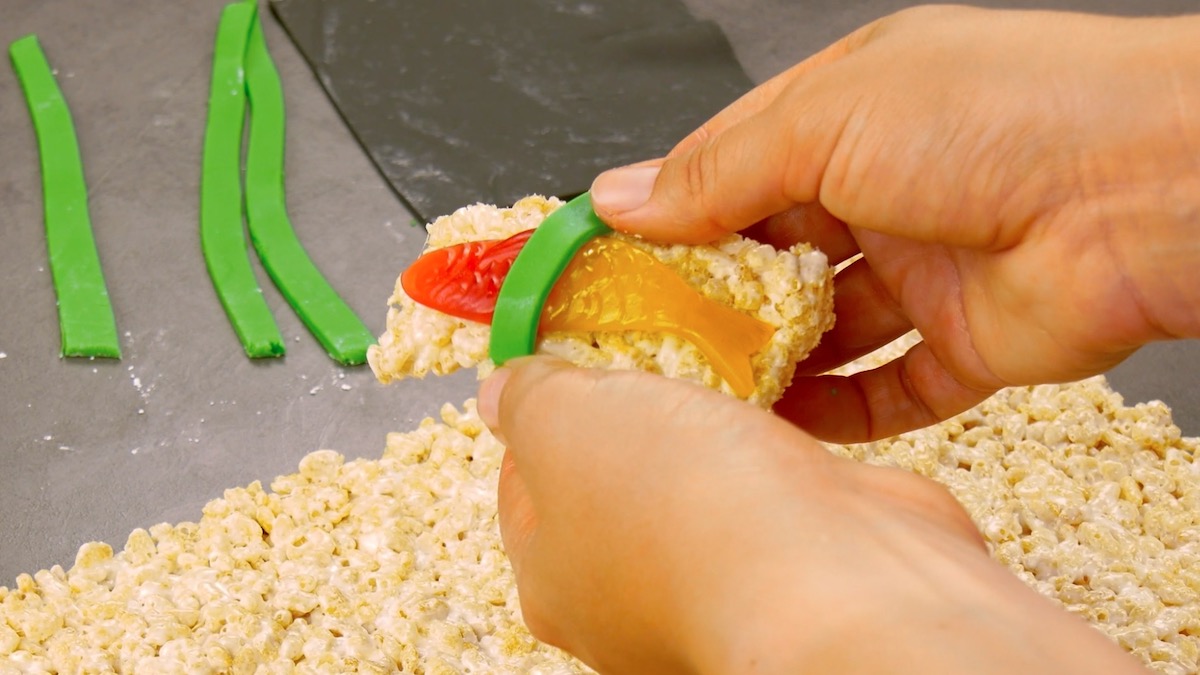 5.2 Cut a larger rectangle out of the rice krispies, place it on a bamboo sushi mat, and cover one side with gummies. 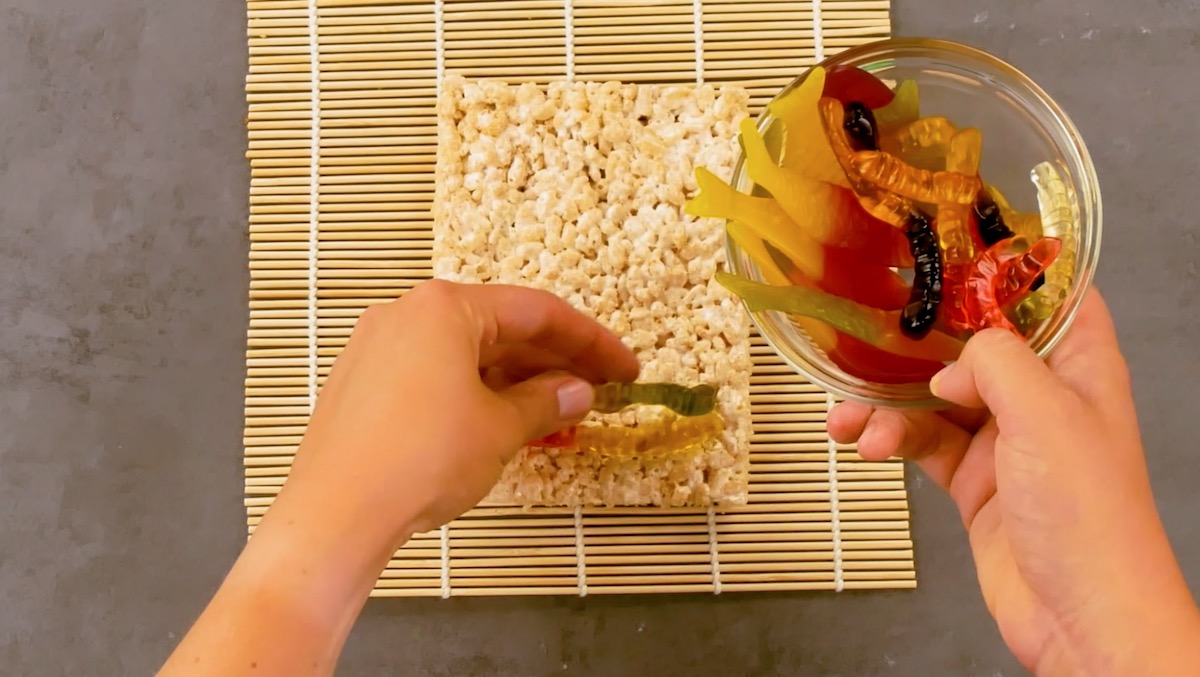 5.3 Roll up the rice krispies sushi and remove the sushi mat, then wrap the sushi in black fondant and cut it into slices. 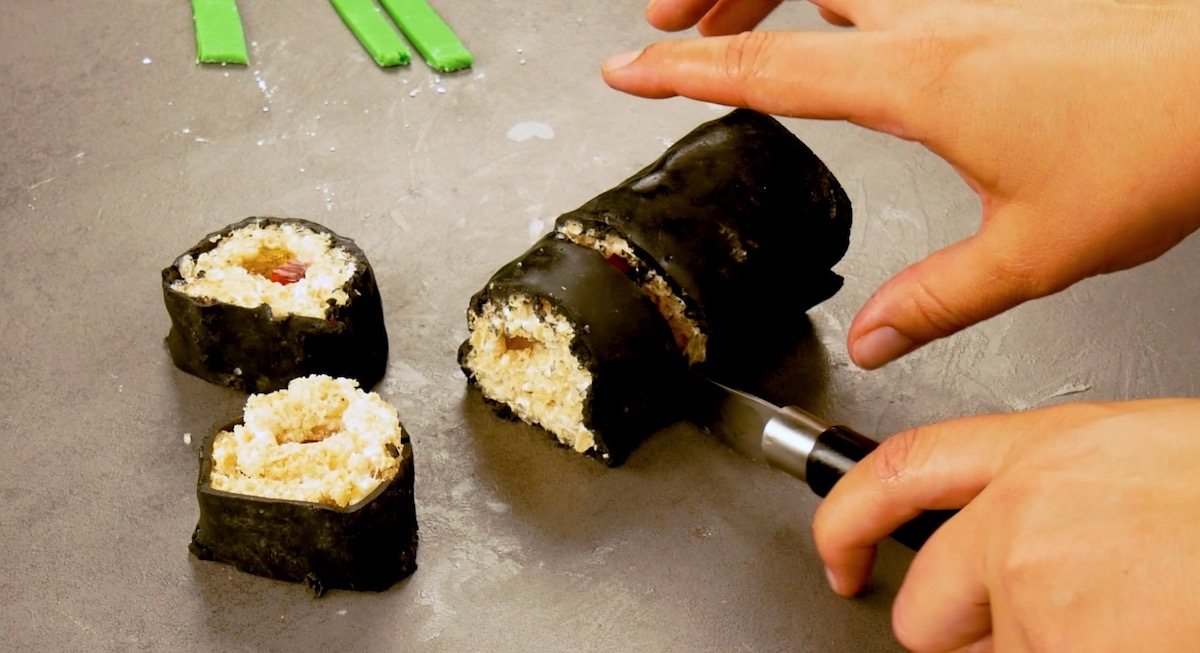 5.4 Garnish the rice krispies sushi with coconut flakes and serve with chocolate syrup. 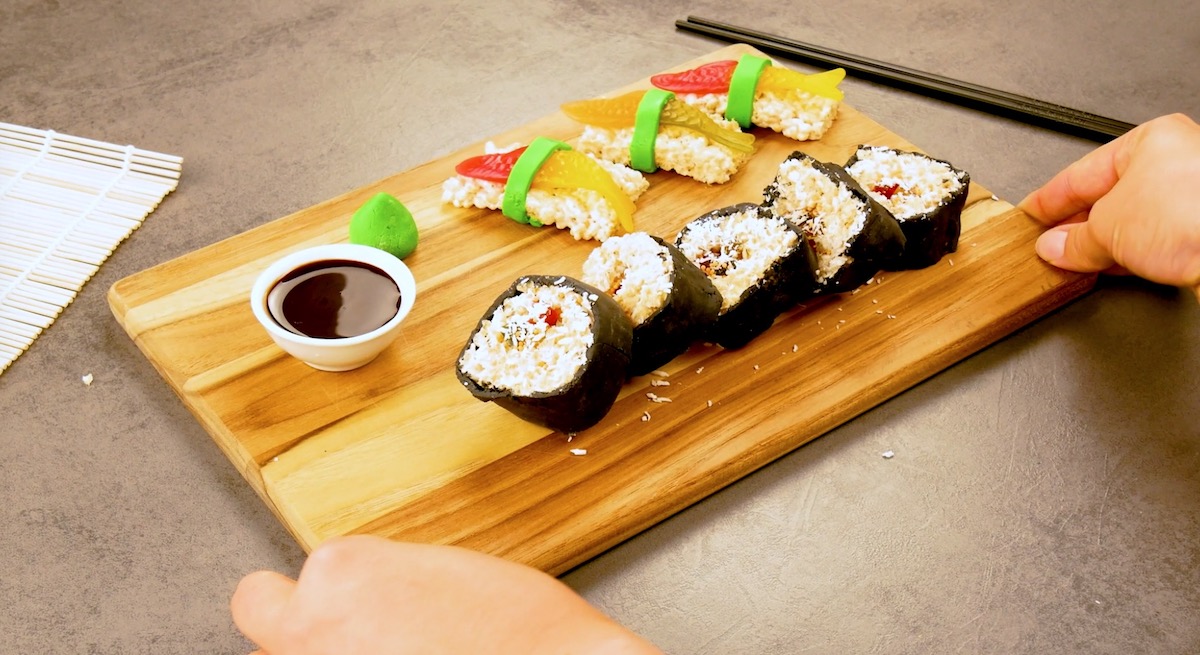 Turning rice krispies treats into savory classics such as hamburgers, pizza, or sushi? Don't mind if we do! It might sound a bit different at first, but it's a surefire way of impressing your friends – they've most likely never seen anything like it! Then again, who knew rice krispies treats could be so malleable? Enjoy!

Get the instructions for 4 Rice Krispies Treats and Chocolate Tools featured in the bonus video.